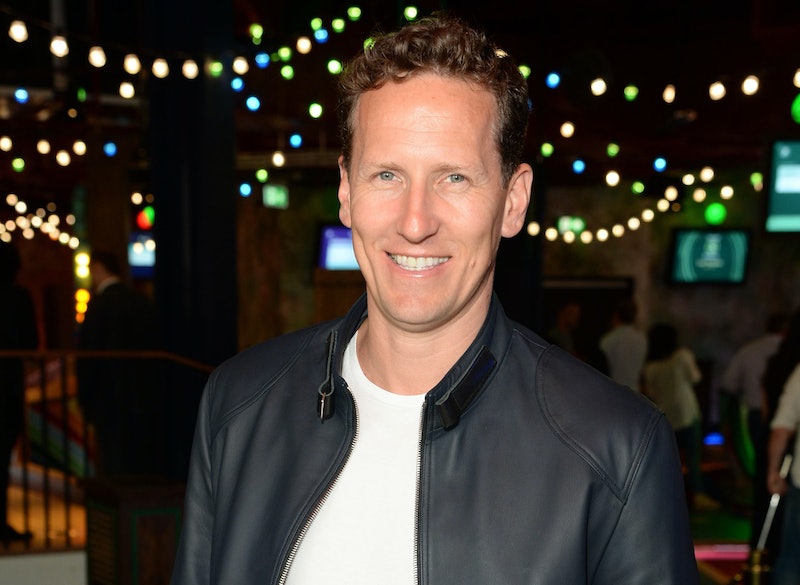 When Brendan Cole revealed he'd been axed from Strictly Come Dancing back in February, everyone was in shock. He was one of the show's longest-serving professional dancers, so literally, nobody saw that one coming. Now, the first ever series without him kick-starts on Saturday, and I think we all know there's going to be a New Zealand ballroom dancer-shaped hole in our lives. But what is Brendan Cole doing now?

After confirming his unexpected departure from the show, Cole has steered clear of the limelight for most of the year and focused on his family life — and for good reason too. In March, his wife Zoe Hobbs gave birth to their second child, a gorgeous little boy called Danté. Since then, he's been on daddy duty, and by the looks of his Instagram posts, he's been loving every minute with his baby son, and five-year-old daughter Aurelia.

However, it seems like Cole's parenting hiatus may be over as the dancer has just taken on the role of Hello! magazine's new Strictly columnist. Every week, he will be giving his thoughts on the celebrity contestants and the judges' decisions.

"I quite often disagree with the judges," he told the magazine. "That's the thing about dance, it's subjective. Everyone has a different opinion on it. So I look forward to hearing their opinion and seeing if I do agree from their point of view while watching it."

Meanwhile, come the end of October, Cole will be returning to the stage. His live show will be touring the UK once again from Oct. 27 until Nov. 21, visiting cities including Liverpool, London, Oxford, and Swansea. The two-hour All Night Long production features 21 musicians and dancers and sees Cole performing some of your favourite Strictly moves.

There has also been some speculation that Cole will be making a surprise cameo in Strictly when the series returns. Although The Sun previously reported that he had been banned from the set, a rep for Strictly refuted the claims, telling Hello! magazine: "Brendan is part of the Strictly family, and no one has ever said he can't be at rehearsals." So there may well be a guest spot for Cole on your TV screens in the coming weeks.

It seems an ever more likely prospect as the dancer has admitted that he is still in touch with most of the judges along with several of the pros and former celebrity contestants. In fact, he told the magazine that they keep each other updated in a special Strictly WhatsApp group.

Starting his Strictly career in 2004, 42-year-old Cole has appeared in every single series of the hit reality show until now. In January, he revealed that his contract had not been renewed. There were several speculative reasons as to why with the main one being that Cole argued with the judges too much.

However, former head judge Len Goodman suggested that it was because the show needed an update. "I think shows are a bit like a plant. They do need a little pruning now and again to keep them healthy," he told the Press Association. "All I know is I thought Brendan was a fabulous dancer and I liked the fact he had a little bit of sass about him."

Does this mean a cameo is possible? Here's hoping...

The first live episode of Strictly Come Dancing is on BBC One this Saturday at 6:15 p.m.