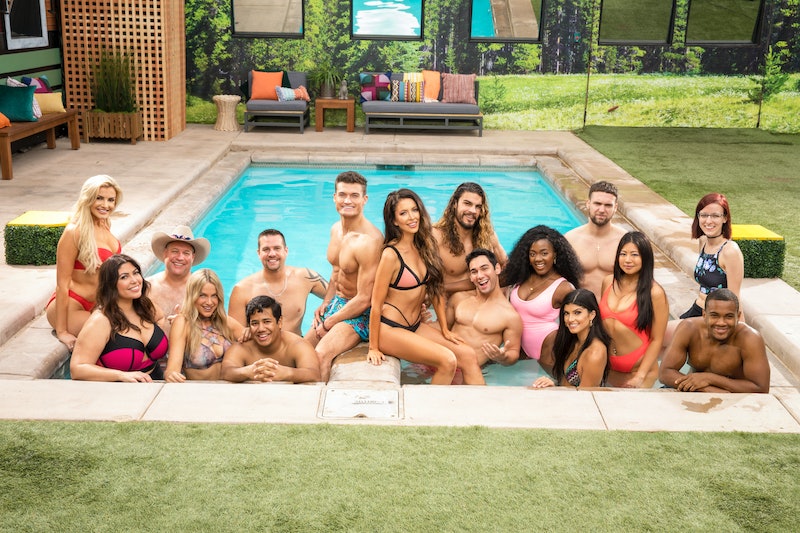 You always have to expect the unexpected on Big Brother — especially this season, because a wild new twist was just added. During the July 3 episode, Julie Chen revealed Big Brother 21's Camp Comeback, which will totally change the game for the first four evicted houseguests. After Ovi's unanimous eviction, Julie broke the news to the houseguests: Ovi wasn't going anywhere. In fact, David was back from sequester too. Camp Comeback isn't just a chance for a houseguest to battle their way back into the house, it's a way for them to keep playing the game even while they're out.

As Julie explained to viewers, the first four evicted houseguests (including David) will not leave the Big Brother house when they're eliminated. Instead, they'll live upstairs next to the HoH room in a room called Camp Comeback. It looks a little shabby — like a ransacked camping cabin — but, hey, at least they're still there. They can also utilize the rest of the house as normal; they just have to sleep in Camp Comeback.

The evicted houseguests are no longer part of the game and cannot play in competitions, participate in ceremonies, or vote, but they do get to keep playing the BB social game. They'll also still be in the house participating in regular everyday life there. And then, after four houseguests fill up Camp Comeback, they'll compete for a chance to re-join the main house.

There have been battle backs before, but the fact that the eliminated houseguest gets to keep living in the house changes things. They have the advantage of still knowing everything that's going on, rather than being removed from the game entirely and coming back in blind. They'll get the chance to form potential alliances and make promises and deals with other houseguests. The other contestants will have to tread lightly as well, so as not to upset or make enemies with a houseguest who may end up back in the game. Plus, Ovi and David were allowed to listen to the HoH competition — even if they couldn't watch — so they are almost completely up to speed on what's happening.

Obviously both David and Ovi were thrilled that they weren't going home yet. Even though Ovi was voted out by every single one of his fellow houseguests, he told Julie that he has no ill will against them. "I've had more awkward family reunions than this before," he joked about staying in the house with his evictors. "I have all love for them … I'm ready to play." David seemed to feel a tad differently, telling Julie that the first houseguest he wanted to speak to was Jackson, since he was responsible for David getting evicted in the first place. Still, he was glad to get the chance to actually play this time. "I'm ecstatic. The game isn't over yet and that is a wonderful thing because I have a lot more game in me," David said.

Now that the houseguests know about the battle back and that they're going to have to keep living with whoever they send home, it'll be interesting to see if that changes how people treat future nominees. You don't want a bitter evictee staring at you over breakfast —especially since they might be able to re-enter the game. Expect the other houseguests to do a lot of fence-mending with Ovi and David in case either of them wins their way back.

Camp Comeback changes the whole Big Brother game for both the evicted houseguests and those still playing, and that's going to make for a great season of BB TV.