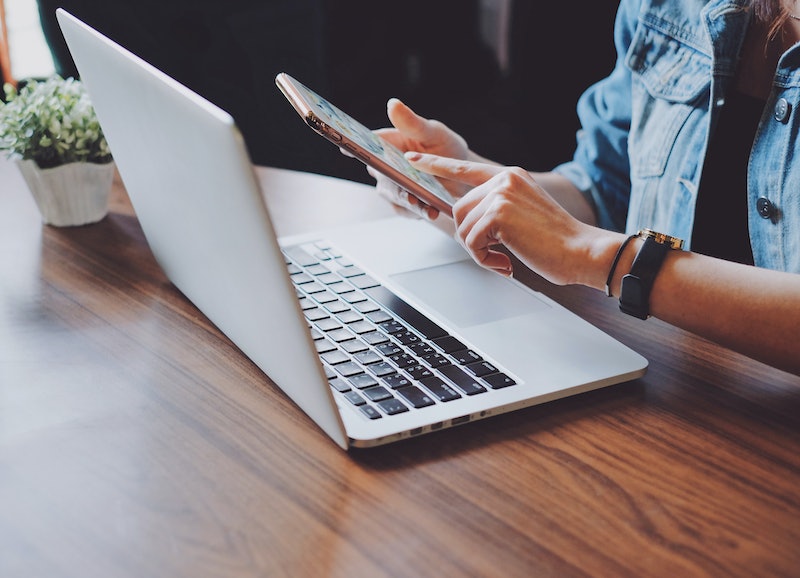 If you’ve ever had a loved one who’s died, you’ll know that the aftermath of their passing not only takes an emotional toll, but also poses many practical questions about how to deal with their physical possessions. However, as technology becomes an ever important part of our daily lives, we have to start considering someone's online presence also. Many people live their lives out on social media and, after they are gone, those accounts still exist. Now there's a new phenomenon addressing this issue. But what is data death, and why are people becoming increasingly interested in it?

The UK’s leading life insurance broker LifeSearch conducted a study to look into what people wanted to happen with their social media accounts and online presence once they were gone. They found that one in four people (24%t) think that social media and email accounts should automatically be deleted when someone dies. This is also known as "data death."

When it comes to allowing your online presence to live on, some people had some very legitimate concerns as to why they’d want their accounts deleted. People cited the financial security and emotional wellbeing of their loved ones as being pretty high priority as to why they’d support data death. However, despite the fact that 12% said they’re worried about their digital accounts after they die, 92% haven’t actually discussed it with their nearest and dearest.

Experts at LifeSearch have suggested that many people won’t have thought to talk to loved ones about what to do with their online accounts because we're uncomfortable talking about death. In a statement sent to Bustle, Emma Walker from LifeSearch said: “With our online presence increasingly a part of everyday life, it’s important that we consider what will happen to our social media profiles, email accounts and the thousands of photos, videos and memories that go with them.” She continued:

“Understandably it’s something that not many of us are keen to discuss, but avoiding essential conversations about our digital life after death could leave our loved ones locked out, unable to take control or at the mercy of hackers should the worst happen.”

At the moment, it can be really tough for loved ones to deactivate the social media and email accounts of a person who has passed away. As As Funeral Directors service Beyond explains, while procedures can differ depending on which account you want to delete, you may face having to fill out lots of paperwork proving how you know the person who died, share a death certificate, bring copies of ID, and give extensive information about the person who has died. Not only can this take a long time but it’s also pretty painful. Some providers will only work with immediate family, which can pose a problem in itself.

To avoid this problem, LifeSaver suggests that your usernames and passwords to your important accounts should be shared in confidence with those closest to you.

Not everyone feels so strongly about data death, however. While some were really keen to see their online presence gone after they’d died, 39% of people said they would like to leave their digital accounts and subscriptions open as a digital legacy. The thought of leaving pictures and emails open for family members to look through and enjoy gave some people comfort, according to LifeSaver.

Since what you decide to do with your accounts after you die is so important, it’d seem that we need to start talking about this subject more openly. As Walker explains, "protection all starts with one open, honest conversation." She continues: "We’re urging the nation to start talking openly and honestly ... about these issues that matter most, to not only safeguard their family’s future, but their own too."

More like this
This Wordle Rival Is Taking Social Media By Storm
By Sam Ramsden
TikTok Has A Genius Old School Hack For Saving Money
By Sophie McEvoy
This Dark Humpty Dumpty Theory Will Haunt You
By El Hunt
Ashamed Of Your Screen Time Stats? Here's How To Change That
By Alexis Morillo
Get The Very Best Of Bustle/UK
Sign up for Bustle UK's twice-weekly newsletter, featuring the latest must-watch TV, moving personal stories, and expert advice on the hottest viral buys.