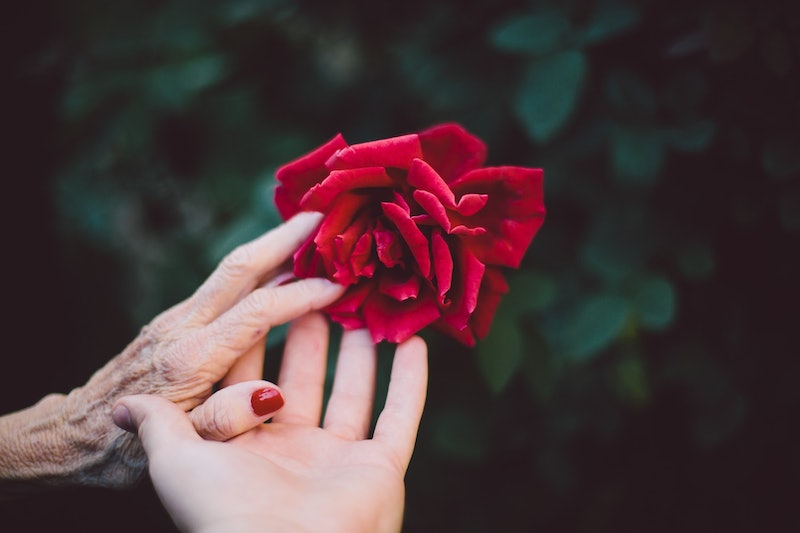 Forget Obamacare, forget Trumpcare — according to a team of researchers from Stanford University’s Clinical Excellence Research Center, “daughter care” is the most reliable (and affordable!) form of health insurance in this country. So what is daughter care? It’s more than likely you have already witnessed this troubling but all too common trend in your own family with a mother or an aunt. Care-taking responsibilities often fall to women, and indeed, daughters provide a disproportionate amount of unpaid eldercare compared to sons. As the age of the general population increases, as will the demands on women, notes a report recently published in the medical journal JAMA Neurology. Daughter care is an issue every woman should be aware of, as these additional responsibilities touch every part of a woman’s life, from her career trajectory, to her finances, and health and wellbeing.

Aging parents are frequently reliant on their daughters to provide affordable, in-home care, and while men are not entirely absent from these duties, the gender-divide is staggering: "Women provide nearly two-thirds of all elder care, with wives more likely to care for husbands than vice versa and daughters 28 percent more likely to care for a parent than sons," states the report. "The best long-term care insurance in our country is a conscientious daughter."

While this reliance on "daughter care" is nothing new, the burden put on women will only get worse with time, notes the report. One of the main concerns is that as the population ages, cases of dementia are predicted to rise from 5.5 million to 8.4 million by 2030, further increasing the strain on younger family members. Those living with dementia require over an additional 100 hours of care and supervision per month compared to those without, and this increased burden will certainly negatively impact women and their hard-fought place in the workforce. When faced with steep caregiving demands, women are far more at risk of "lowering or exiting their career trajectory," than their male counterparts. A 2014 report from the Alzheimer’s Association, notes that women are seven times more likely to cut back on their hours of employment than men, which produces financial strain and could seriously affect everything from retirement funds to sending their kids to college, states the New York Times. Those attempting the impossible balancing act of holding down a full-time job and providing round-the-clock care, may see their productivity and attendance suffering at work. With less free time and significantly more stress, it goes without saying that caregiving for dementia patients can negatively impact a woman's mental and physical health.

As the health care debate rages on and possible cuts to Medicaid loom there will be very little in the way of reprieve or support for women tasked with caring for their sick parents in the future. Men are stepping up around the house but we are far from seeing men play an equal role in caring for the elderly parents and in-laws. We need to make sure there is no unspoken rule about who takes care of the parents, because when it comes time gender shouldn't be the deciding factor.