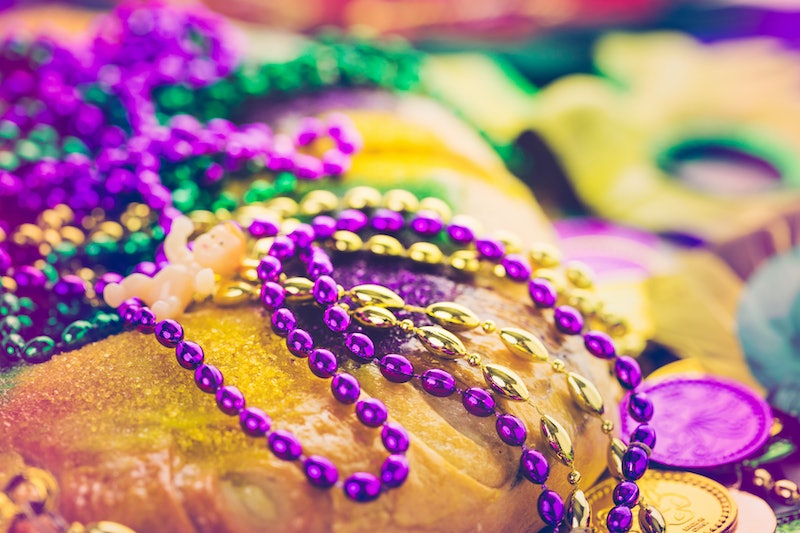 I’m sure you are familiar with Mardi Gras — you know, celebrations of purple, green, and gold with lots of beads and King cake and dancing and music. But did you know that Mardi Gras is also known as Fat Tuesday? Maybe you knew that, maybe you didn’t, but what I’m sure you will be surprised to find out what is Fat Tuesday and why we celebrate it: Hint, it has to do with Christianity.

Fat Tuesday is traditionally known as the day before Ash Wednesday, where people will celebrate and be merry before the fasting season of Lent. Mardi Gras is, get this, just ‘Fat Tuesday’ in French. Not kidding, it’s that simple.

Now the reason to why Fat Tuesday is “fat” has to do with the types of foods that were traditionally eaten on this day. In Great Britain, Fat Tuesday is actually known as Pancake Day, where people would celebrate eating pancakes and similar pastries. Fat Tuesday is also known as Shrove Tuesday, which is the last day of the Shrovetide season. Originally Shrove Tuesday was meant to be a time of repentance and confession, but is now known as a time of celebration before the Lenten season. Shrovetide is also known as Carnivale, which is still a recognized term during Mardi Gras celebrations today. Carnivale is actually translated to “goodbye to meat,” since the Lent season requires a fast to meats.

Basically, with the combination of indulging on a ton of meat and pancakes, it only makes sense that the Tuesday before Lent begins would turn into Fat Tuesday. People feast to their hearts content on pastries and delicious meats in order to prepare for the fast ahead.

I mean, think about it. If you celebrate Easter and the Lenten season, how many times have you given up something for Lent and spent the day before Ash Wednesday indulging on that thing before the fast begins? So, even if you aren’t eating pancakes and meat all day, you are partaking in the Fat Tuesday tradition. So really, you know more about it than you think!

More like this
26 Ghost Story Podcasts To Get You Ready For Halloween
By Jessica Booth, Mia Mercado, JR Thorpe and Emma Carey
10 Stranger Things-Inspired Halloween Costumes For True Fans
By Emma Carey
7 Symbolic Meanings Of Autumn — From Letting Go To Self Preservation
By Kirsten Nunez
You Can Stay At The 'Hocus Pocus' House On Airbnb
By Alexis Morillo
Get Even More From Bustle — Sign Up For The Newsletter