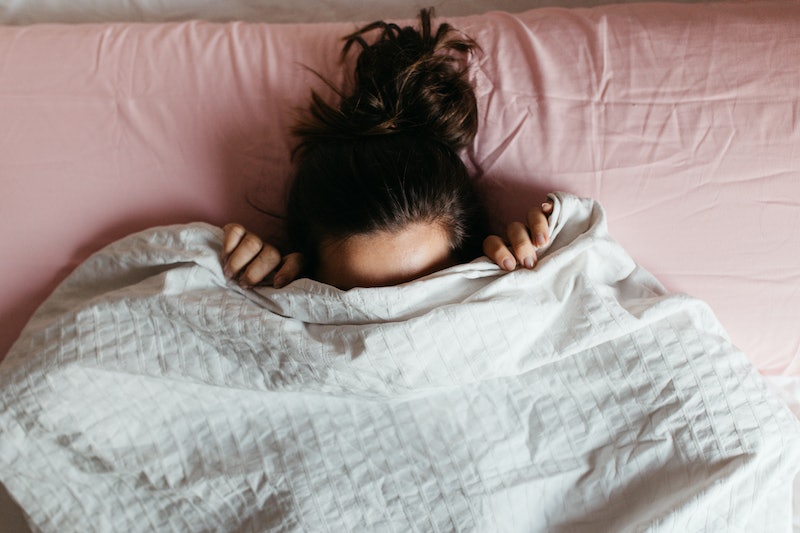 During winter, there’s nothing quite like a fluffy feather duvet to keep the frost at bay. But a new study has shown that certain bedding could be taking your breath away — and not in a good way. So, what is feather duvet lung and how is it affecting people's breathing?

A study published by the educational journal BMJ Case Reports told the cautionary tale of a 43-year-old non smoker who started experiencing difficulty breathing. Usually healthy, the patient underwent blood tests, which came back normal. However, the symptoms persisted. After further tests, the doctors soon discovered it was in fact the dust in his new feather bedding causing the problems. The patient was suffering from feather duvet lung (FDL), which is a form of hypersensitivity pneumonitis (HP). As the British Lung Foundation explains, HP occurs if your lungs "develop an immune response (hypersensitivity) to something you breathe in which results in inflammation of the lung tissue (pneumonitis)."

The BMJ report, written by Patrick Liu-Shiu-Cheong, Chris RuiWen Kuo, Struan WA Wilkie, and Owen Dempsey, noted that “healthcare professionals are typically taught to ask patients with respiratory symptoms whether they have pets at home, such as birds, but in the authors’ experience, history taking does not usually extend to asking about feather exposure in duvets and pillows.”

According to the report, the most common form of HP is bird fancier’s lung (BFL), which is occurs when individuals breathe in particles from feathers or bird droppings. Feather duvet lung, on the other hand, is one of the rarest forms of HP, and is actually a subgroup of BFL.

Outside of difficulty breathing, the symptoms of FDL, which can last from anything between three weeks to five years, the report states, can include night sweats, dry cough, weight loss, and fever. The patient from this particular study spoke about how FDL has affected his day-to-day life, saying: “I was unable to stand or walk for more than a few minutes at a time without feeling like I was going to pass out. Going upstairs to bed was a 30-minute activity as I could only manage two stairs at a time and then needed to sit and rest. I was signed off work and spent most of the time asleep.”

Luckily, after removing the feathery duvet and taking steroids, the patient experienced improvements in his symptoms and was back to normal after six months, the Guardian reports.