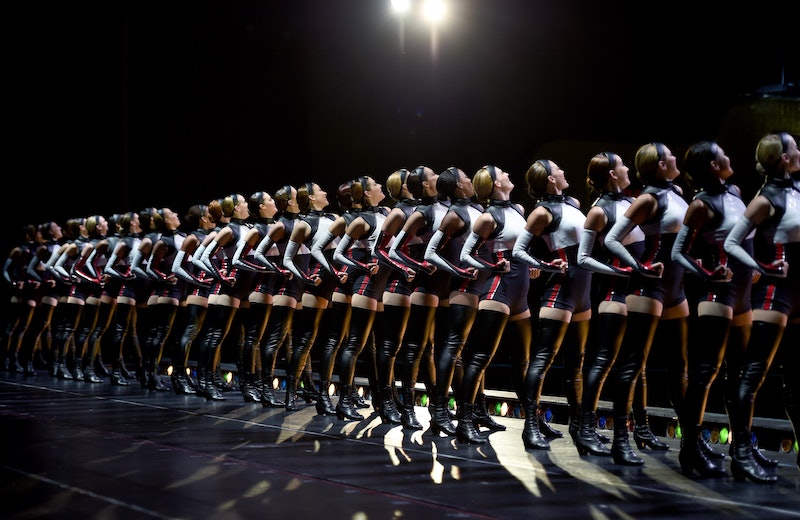 On Thursday, Radio City Rockettes member Phoebe Pearl used Instagram to express her dismay at the group's reported appearance at Donald Trump's inauguration. The Rockette's reaction to performing at Trump's inauguration is a sobering reminder that not all of the group's performers are on the same page when it comes to contributing to Trump's inauguration celebrations. (In a statement, Madison Square Garden said: "The Radio City Rockettes are proud to participate in the 58th Presidential Inaugural. For a Rockette to be considered for an event, they must voluntarily sign up and are never told they have to perform at a particular event, including the inaugural," according to CNBC.)

According to Perez Hilton, Pearl indicated her unhappiness with the Rockettes' scheduled inauguration performance via her private Instagram account, saying:

I usually don’t use social media to make a political stand but I feel overwhelmed with emotion. Finding out that it has been decided for us that Rockettes will be performing at the Presidential inauguration makes me feel embarrassed and disappointed. The women I work with are intelligent and are full of love and the decision of performing for a man that stands for everything we’re against is appalling. I am speaking for just myself but please know that after we found out this news, we have been performing with tears in our eyes and heavy hearts #notmypresident.

In addition to Pearl's comments, there are also other indications of alleged pushback from the Rockettes against the inauguration performance. According to BroadwayWorld.com, the union representing the Rockettes had allegedly received a message " ... from a Rockette expressing concern about getting 'involved in a dangerous political climate.'"

However, the Union allegedly responded by supposedly indicating that any attempt by full-time Rockettes to boycott the performance was invalid as the performance is considered a job requirement. The Union did reportedly say that part-time or freelance Rockettes can opt out of the performance by simply not signing up for it.

Based on her language, it seems that Pearl didn't support a Trump presidency. Yet, she will likely be participating in his inauguration, under union request.

The Rockettes represent accomplished, talented, and independent women who should be able to decide for themselves whether or not they wish to perform at an event celebrating President-elect Trump and his viewpoints. This is especially true given his historically misogynistic views towards women.