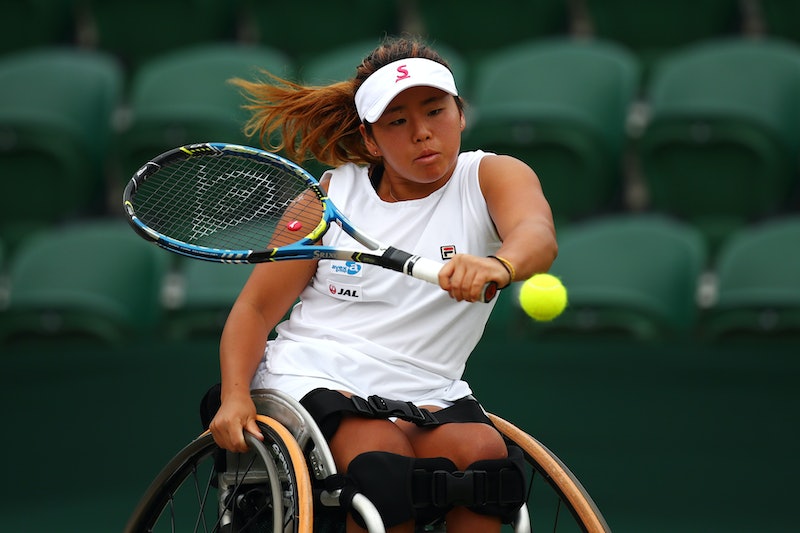 Being part of the disabled community in the U.S. under Donald Trump is hardly a picnic. Between being openly mocked on the campaign trail, worries about rights rollbacks, and serious attempts to cut disability benefits, it's a hard time full of big questions. When the problems facing the disabled community are so material, it may seem inconsequential to have a conversation about words, but a debate about how we talk about disabilities, and how disabled people talk about themselves, has been going on for decades, and it's especially important now, with disability rights at risk, to make sure we're all on the same page. A growing number of people in the disabled community are using identity-first language, and this is how to figure out if you should be using it, too.

The basic argument is between person-first language, which is a somewhat older mode of talking about disability, and identity-first language, which is newer. The difference is: should someone with a disability be called "a disabled person", or "a person with a disability?" You may think this is just semantic quibbling, but it's got big implications and can spark vigorous debate and divisions. Words, as any person who's ever been harassed, bullied, or stuck with a hurtful label can attest, have power, not only personally but politically. And understanding the debate and the people on either side can give a lot of insight into what it means to be disabled — a point of view that, in today's America, needs to be given more visibility.