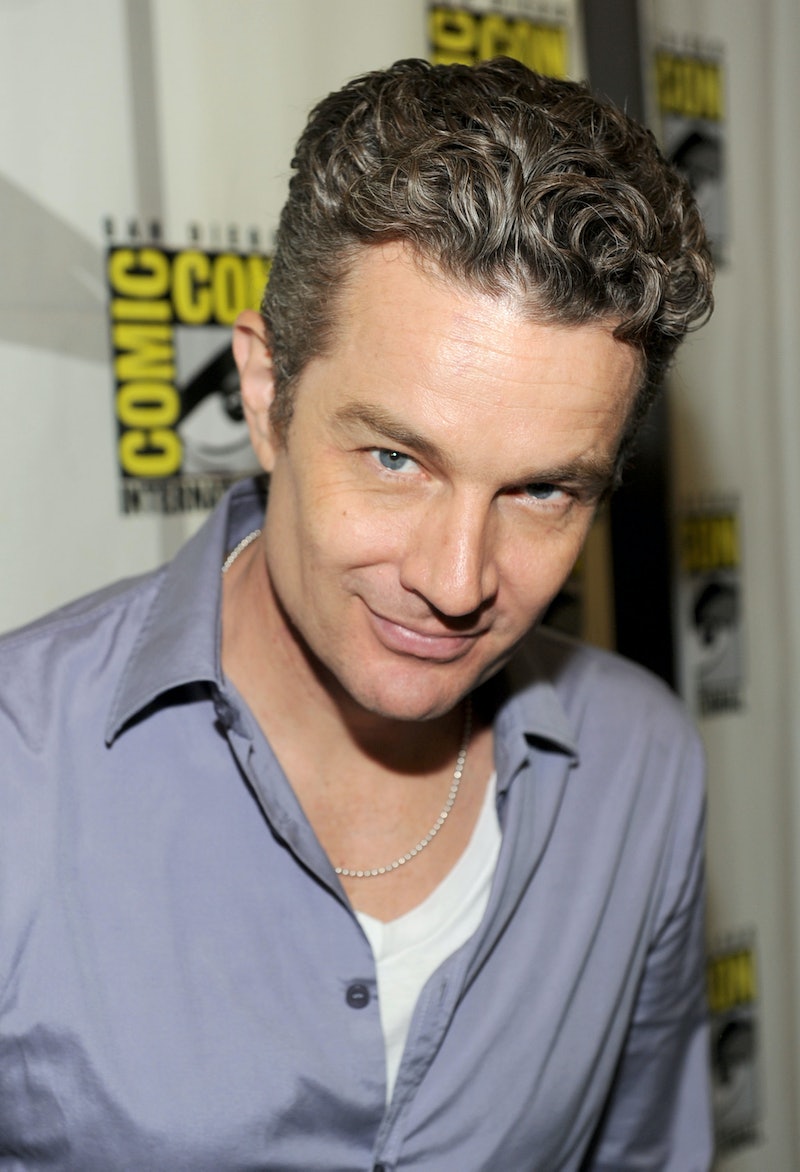 In all of my ferocious excitement over Entertainment Weekly's Buffy The Vampire Slayer cast reunion issue, I've found myself giddily reconnecting with my massive love for the show. There's something about seeing all of the Buffy cast together again that has stirred something deep and primal within me. But there's one particular face that I think I've missed seeing more than the rest: Spike. Seriously guys, what is James Marsters doing now? The teenage fangirl within me is still shrieking at the sight of him, and, frankly, this beast needs feeding.

Firstly, it's worth appreciating that the actor has been working steadily since Buffy ended in 2003. Which is hardly a surprise considering how charming and talented he is, as well as, sweet mercy, those cheekbones. But Marsters has still managed to rack up an impressive set of TV and movie credits for himself. As well as recurring roles in genre shows like Smallville, Torchwood, and Witches Of East End, the actor has also enjoyed recurring roles in less supernatural fare such as Hawaii Five-0, and Without A Trace.

What should be of great excitement to Buffy fans, however, is the fact that Marsters is currently filming Runaways. It's a TV show based on the popular Marvel comic books, and Buffy creator Joss Whedon wrote the second volume of those books. Following a group of teenagers within the Marvel universe who runaway from home after discovering that their parents are part of a supervillian cabal called The Pride, Runaways will star Marsters as Victor Stein — one of the parents.

As Spike in Buffy, the actor obviously showcased a great talent for being a compelling villain, making him a fine choice for the role of Stein (who is also something of a mad scientist and horrible father in the comic books). Considering that Runaways is being executive produced by Josh Schwartz and Stephanie Savage of The O.C. and Gossip Girl fame, I feel that there'll be enough witty dialogue and teen angst to satisfy even the most hardcore of Buffy fans.

Runaways aside, Marsters is also returning to his horror roots, as he's currently filming a movie by the name of Abruptio. Starring alongside Jordan Peele and Freddy Krueger himself, Robert Englund, Marsters' lead character is forced to commit heinous crimes in order to stop an explosive device implanted in his neck from going off and killing him. That kind of sounds like the reverse of Spike's Season 4 character arc in Buffy, in which an implant effectively restricts him from committing his usual set of heinous crimes.

So, I honestly think we can all rest easy with the fact that Marsters isn't disappearing from our screens anytime soon. Which means that the shrieking, teenage fangirl within me can continue to be delighted with him and his spectacular cheekbones.

More like this
12 ’90s Movie References You Missed In 'Do Revenge'
By Radhika Menon
Netflix Reveals First Look At Wednesday In The 'Addams Family' Spinoff Series
By Bustle Editors
Paul Mescal, Man Of Mystery
By Samantha Leach and Heather Hazzan
What’s New On Netflix: Ana De Armas’ 'Blonde' & A Nick Kroll Special
By Arya Roshanian
Get Even More From Bustle — Sign Up For The Newsletter