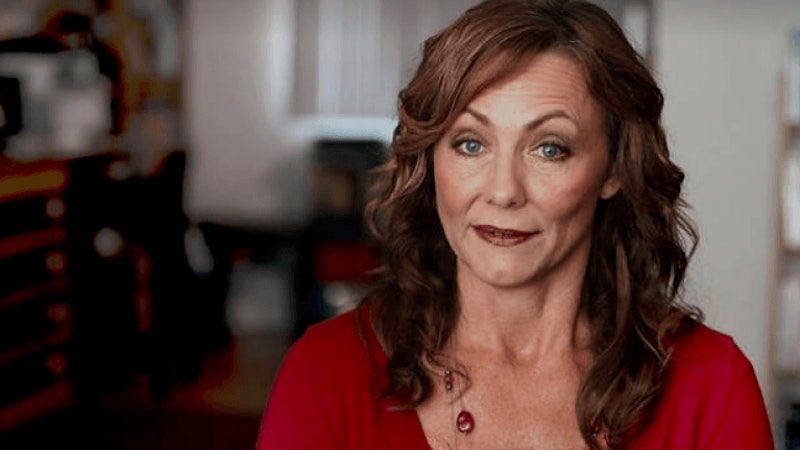 Streaming now on Netflix, the documentary Abducted in Plain Sight recounts the circumstances that led to the childhood kidnapping and sexual abuse of Jan Broberg at the hands of her adult neighbor Robert “B” Berchtold. He was never charged for her abuse, as the documentary shows. Per the Idaho State Journal, he pleaded guilty to one count of rape of a child in 1986, and was then found guilty of possession of a firearm and aggravated assault after attempting to force his way into an event for Broberg's memoir, per Oxygen, dying by suicide before he could be sentenced. But decades later, Broberg has moved on. In the doc, which came out in 2017 but has gained popularity recently, Broberg gives a glimpse at the work she has done as an adult, including writing the 2003 release, Stolen Innocence: The Jan Broberg Story with her mom, Mary Ann, that came out in 2003.

What the documentary doesn’t go into much is that Broberg has been a working actor since the '90s. Even before the doc, you might have seen her in her recurring role in Everwood as Nurse Louise, or in small roles in Iron Man 3 and Criminal Minds. Though she hasn’t acted onscreen since 2015, she appeared in The Center for the Arts at Kayenta’s production of Driving Miss Daisy as the titular character in 2018, per St. George News. In 2017, she began working as the Executive Director at the Kayenta Arts Foundation in Utah, where her responsibilities include "public relations, fundraising, and artistic/creative oversight and coordination" per the foundation’s site.

In an interview with Vanity Fair, Abducted in Plain Sight director Skye Borgman spoke about Broberg’s current work. “She still auditions, but she started running a theater company in Utah and it’s been wonderful for her,” said the director. “The press that she’s getting has been a lot, but she’s doing really well ... She says that you can choose how to live your life. Ninety percent of her life is amazing and wonderful, and 10 percent is not, and she chooses to live in the 90 percent.”

Broberg's LinkedIn also reveals that she has other huge projects underway. Her profile mentions that she’s “currently preparing for work on a Lawrence Kasdan film and in development of a film on her personal life story with Lifetime Television.” Star Wars fans will recognize Kasdan as the co-writer of many of the films, including The Empire Strikes Back, Return of the Jedi, and The Force Awakens. Broberg hasn’t disclosed which movie it is, but according to Kasdan’s IMDb credits, he’s currently working on an adaptation of Lou Berney’s November Road.

As for her personal life, the aforementioned Vanity Fair interview mentions that Broberg was at one point married, but is now divorced. She has a son, Austen Duke Tanner, who is a web developer, according to her Twitter. And on social media, they're extremely supportive of one another.

The road to recovery for anyone who has experienced what Broberg has is difficult. But she's found the strength to not let her trauma stop her from pursuing her passion. And now, with an upcoming Lifetime movie and a sequel to the documentary on the way, she can continue to tell her story on her own terms.