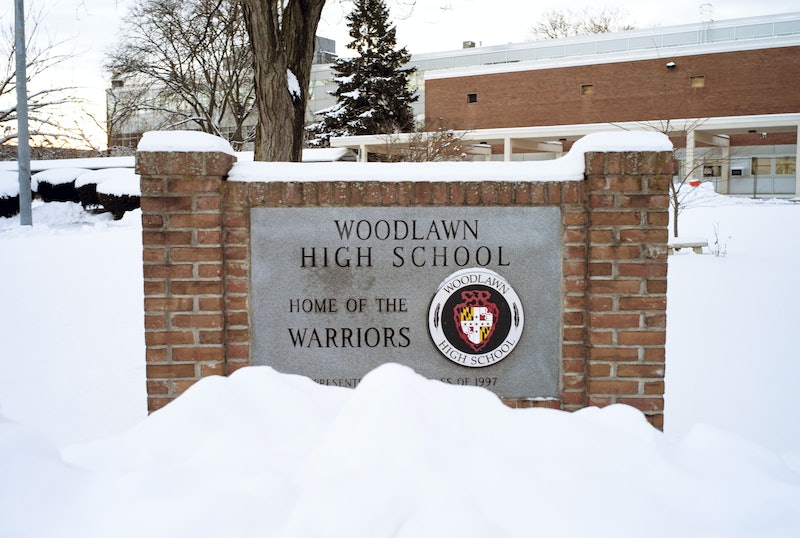 Sarah Koenig's Serial podcast did a deep dive into the murder of Hae Min Lee and the conviction of Adnan Syed. In HBO's The Case Against Adnan Syed, this true crime is investigated again, including the testimony that helped bring about a guilty verdict. There aren't any updates about Jay Wilds in 2019, the teenager who alleged that he helped Syed bury Lee's body, in this documentary unfortunately. Wilds did not participate in Serial back in 2014 and he doesn't give an interview for The Case Against Adnan Syed either. But the documentary will once again examine the reported inconsistencies that were in Wilds' retelling of the events related to Lee's murder when it premieres on March 10.

For Serial, Koenig combed through the details of the 15-year-old murder to investigate Syed's potential innocence after lawyer and Syed family friend Rabia Chaudry brought the case to her attention. Much of Koenig's work focused on the inconsistencies that were in Wilds' statements to the police and his testimony at Syed's second trial, which led to Syed's conviction. Listeners latched onto these and on the Serial website, a detailed breakdown of the timeline of the day of murder according to Wilds' two police interviews and testimony is provided.

In an interview with Vulture, The Case Against Adnan Syed director Amy Berg shared how one of the reasons she questioned Syed's guilt after listening to Serial was because of Wilds. "I was just really dissatisfied with the information that was available. The whole Jay story was so confusing. 'Dissatisfying' is the best word I can use for that. Clearly, Sarah Koenig was leaning towards Adnan's innocence and she got sidetracked by Jay a little bit, too. I was not sure. There was enough doubt for me to want to give this a real close look," Berg said. She added, "There was a certain amount of technology available at the time, and the fact that there were no records pulled that would corroborate Jay's statements made me uncomfortable with the investigation."

Yet, as Newsday reported, you won't hear from Wilds in The Case Against Adnan Syed, and the publication noted how the second episode in particular targets Wilds' trustworthiness. During the Television Critics Association winter press tour in February, Paste Magazine reported that Berg and other people who worked on the documentary discussed Wilds and his role in the case.

After Serial aired, Wilds participated in a three-part interview with The Intercept. This was the first time that he spoke publicly about the murder — and it seems to be the last time as well. When he was interviewed in 2014, Wilds was living with his wife and their young children in a "two-story suburban home," according to The Intercept reporter Natasha Vargas-Cooper. (Vargas-Cooper has become a controversial figure in her own right since her 2014 interview with Wilds.)

In The Intercept interview, Wilds stuck with what he had told to police — that Syed allegedly confessed to him, that he allegedly saw Lee's dead body in the trunk of her car, and that he allegedly helped Syed dig a hole for her corpse in Leakin Park. He also discussed how he felt that Koenig tried to intimidate him into giving an interview for the podcast.

Wilds also said he has been misunderstood because of Serial. "I feel like [Koenig] created an evil archetype of me and sensationalized my motives. It helped fan the flames of this story that people had already moved on from," Wilds said. So it's not unsurprising that he isn't featured in The Case Against Adnan Syed as it continues to question Wilds.

The four-part HBO documentary also features Chaudry, who has been outspoken about her disbelief in Wilds' version of things. The Baltimore Sun reported that in The Case Against Adnan Syed, Chaudry makes the allegation that police helped Wilds with his story to lead to Syed's conviction. "Jay is the center of gravity in this case. It all revolves around Jay," Chaudry said. "Jay told the story that convicted Adnan. At trial, he said Adnan killed Hae in the parking lot of Best Buy, and then he also said he helped Adnan bury her in Leakin Park. The thing is that the story Jay told at trial is not the same story Jay told police the first time."

Without Wilds sharing his side of the story for The Case Against Adnan Syed, everything is all speculation. And based on the lack of information about Wilds' whereabouts and the fact that he told The Intercept, "I don't want to talk about this for entertainment purposes," the public may not hear from Wilds again.