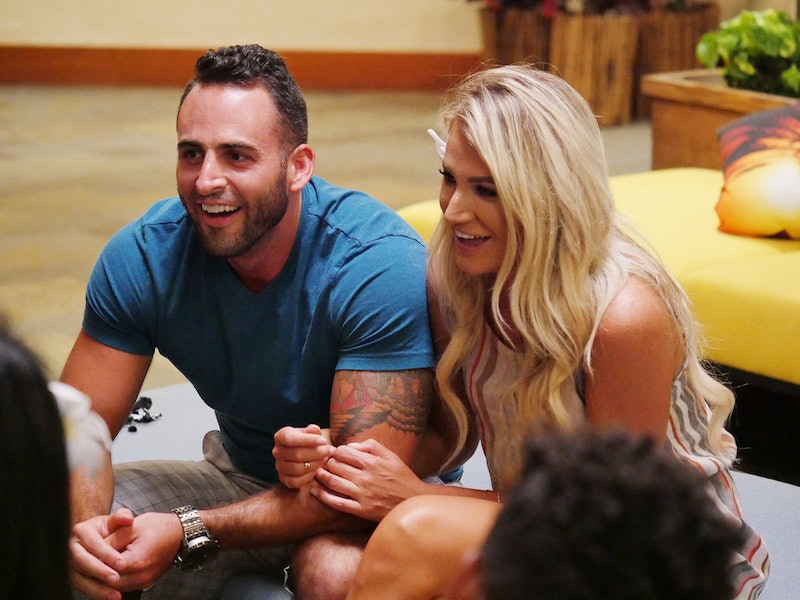 Temptation Island's first season finale airs Tuesday night, but fans already know the fate of two of the original couples. In Part 1 of the bonfires, Kady and John (along with Nicole and Karl) decided to go their separate ways after their time on the show. So what is Kady doing after Temptation Island? As it turns out, the Dallas resident has devoted her energy to starting her own marketing company.

"As a lot of you know I've been doing freelance marketing for years on the side...But now I'm launching a full service umbrella marketing company @kannonmarketing for small business owners with a la carte services or monthly packages," Kady wrote in her announcement post. "This is still under construction and being tweaked but I'm currently accepting new clients and I'd love your support with a follow and any referrals you can send my way, I'd be immensely grateful!"

When she's not working on her business, Kady has also been spending plenty of time with her Temptation Island castmates. As documented on Kady's personal Instagram page, Nicole recently visited Kady in Dallas, so it seems like their friendship has continued even after leaving the island. Kady has also shared photos of her, Nicole, Kaci, and Shari together — apparently, they're calling themselves the Fab Four now. So even though not all of the original couples left Temptation Island together, the women's friendship is one thing that's staying intact.

As for her relationship with John, it seems like they're both moving on with their lives. During last week's emotional bonfire, the couple agreed to part ways. Kady admitted to John that she didn't want to have kids with him, after suggesting that she thought he wouldn't be a good father earlier on the show. Having lost his own dad, that hit John pretty hard. It was something he seemed to keep going back to when evaluating his relationship with Kady — and is still processing now. Last week, he reposted a message a fan had written to him with some disparaging remarks about Kady's behavior, so it doesn't appear that they're on good terms.

Fans will have to wait until the finale to see whether or not Kady and John kept in touch with Johnny and Katheryn. But whatever the future has in store for them relationship-wise, it looks like Kady has made plenty of steps forward on the career front. Now that she's back in Dallas, she seems busier than ever with her graphic design and marketing services. And romance aside, Temptation Island has brought her a few lasting friendships. Some love was lost — but not all of it.