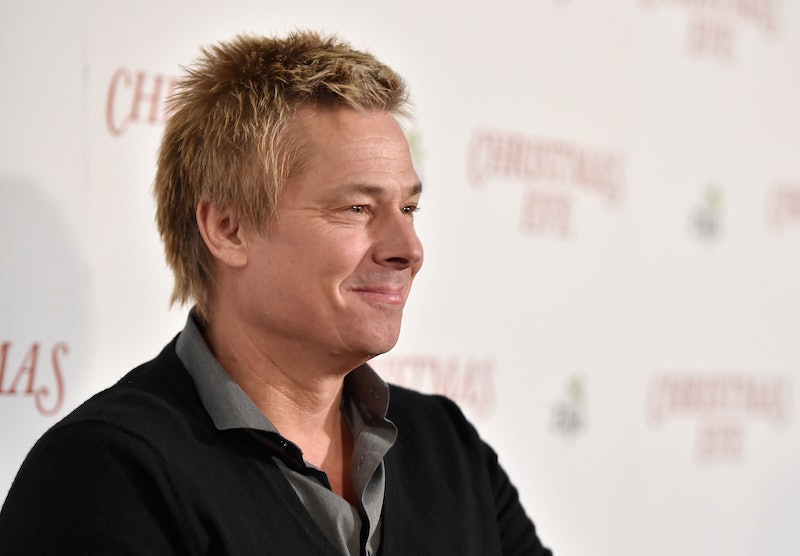 One of the biggest '90s "reality" stars didn't come from a TV show — he came from the trial of the century. Although he played a seemingly minor role in O. J. Simpson's 1995 murder trial (for which Simpson was acquitted), Kato Kaelin briefly found himself at the center of national attention after serving as a witness in the case. Cut to 2019, and Kato Kaelin is once again in the public eye — this time as a contestant on Celebrity Big Brother Season 2. But while that should make for a momentous start to his year, those looking for other Kaelin updates may not find much more than a deep and seemingly undying love for the Milwaukee Brewers.

Kaelin was an actor prior to the O.J. trial, and continued to work in the industry afterward, appearing on Celebrity Boot Camp (2002), Sabrina, The Teenage Witch (2003), and most recently, The Last Sharknado: It's About Time (2018). He also launched a clothing line called Slackerwear and has hosted several shows and events, including Wizard World Comic Con. However, it seems that his greatest love of all is being a fan of Milwaukee's baseball team, the Milwaukee Brewers, according to For The Win.

Kaelin explained to USA Today that his love of baseball pre-dates the O.J. Trial, and he frequently takes to Twitter to provide his running commentary on various sports games, sometimes praising his favorite team and other times talking about how frustrated he is by the Green Bay Packers. In fact, one of the only conversations Kaelin ever had about sports with Simpson (whose guest house he was staying in the night Nicole Brown Simpson and Ron Goldman were murdered, as reported by Fox) was about the Packers.

"I didn’t watch sports with O.J.," Kaelin told USA. "It's funny you say that, though, because I had a buddy of mine, we watched the game one time and he heard me shouting, O.J. did, going, 'Packers!' [O.J.] never knew. He goes, 'You understand football? I didn't know you like football.' So I was like, 'Yeah, I am a Packer fan.' That was as close to I got to anything." Kaelin even turned his love of sports into a gig for a brief amount of time with the show Sports Haters, where he provided his commentary on the world of athletics.

Outside of that, what Kaelin is up to now is hard to pin down, but he certainly stays busy. "I'm so busy! I don't know how I had time to talk to you," he proclaimed in an interview with Fox 2.

Despite his packed schedule, though, Kaelin managed to clear a few weeks to appear on Celebrity Big Brother. And while he didn't reveal why he chose to enter the house, it seems clear why Kaelin chose this reality show over any others: the season will be over before the Milwaukee Brewers return for the 2019 MLB Season on Feb. 23. Keep your eyes on his Twitter for more tweets!