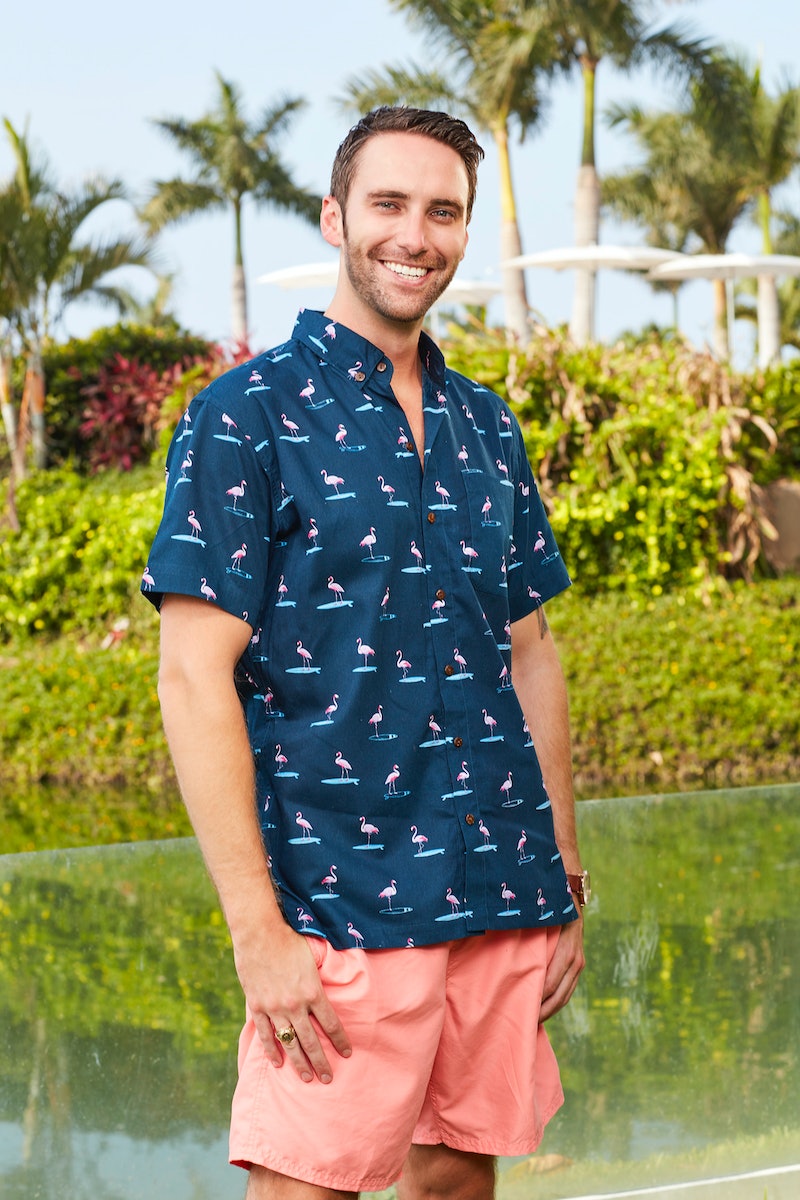 Cam Ayala made a statement about his health at the Bachelor in Paradise Season 6 reunion. He announced in a Sept. 17 Instagram that he wore a shirt that said "I have 'Lymphedema' Google It" at the taping of the special, which airs on Tuesday night. Cam's Bachelor in Paradise reunion shirt was also a call to action. In the Instagram post's caption, he wrote "as many of you know, I have been suffering from a rare disease, #Lymphedema since I was 11 years old. I have been pretty private about my condition because I never wanted pity from anyone, nor did I want to make excuses for my personal health journey."

The National Lymphedema Network's website explained that "lymphedema is an abnormal collection of lymphatic fluid in the tissues just beneath the skin." This abundance of fluid may lead to swelling. Untreated, lymphedema can interfere with wound healing, increase the risk for tissue infections, and reduce blood flow to body tissues. There are two different types of lymphedema: primary lymphedema and secondary lymphedema. Primary lymphedema is genetic and can be present from birth. Second lymphedema results from damage to the lymphatic system. Examples of lymphatic damage include a traumatic injury, radiation therapy, a parasitic infection, and some cancer-related surgeries.

"I am making it my lifelong mission to bring awareness to #lymphedema and will continue to support my fellow lymphies, fight back against the government who has failed in the past to recognize LE as a serious condition, and will educate doctors, physicians, researchers, and patients alike on HOW to move forward with finding better treatment options/a cure."

To conclude his Instagram post, Cam wrote, "I love you all, and even those who constantly judge me and try to paint a false narrative of who I really am... "

Cam hasn't had the easiest journey in the Bachelor franchise. He caught some flack for his "Always Be Cam" slogan on The Bachelorette, where Hannah Brown sent him home after Mike Johnson accused Cam of looking for a pity rose. On Paradise, Camm kissed Caelynn Miller-Keyes, but he did not find a mutual connection with her or any of the other women.

The Bachelor in Paradise reunion is not the first time that Cam has used reality TV as a platform to raise awareness about lymphedema. In May, Cam was named as a Celebrity Ambassador for the Lymphatic Education & Research Network. When Cam accepted that position, he wrote in a blog post on the Lymphatic Education & Research Network website, "Over the past five years, I have endured over 13 surgical procedures, 7 episodes of infection, 3 lost promotion opportunities, and 2 broken relationships ... Lymphedema has taken so much away from me, but now is the time for me to give back and to fight back."

His blog post continued, "I am no longer content with my current treatment plan, the doctors' often limited understanding of the disease, or the general public’s lack of awareness of LE. I am angry but also more motivated than ever to make my life mission about sharing my story, listening to others, and evoking action so we can make LE history!"

And that is exactly what it seems like he is trying to do, one t-shirt at a time.