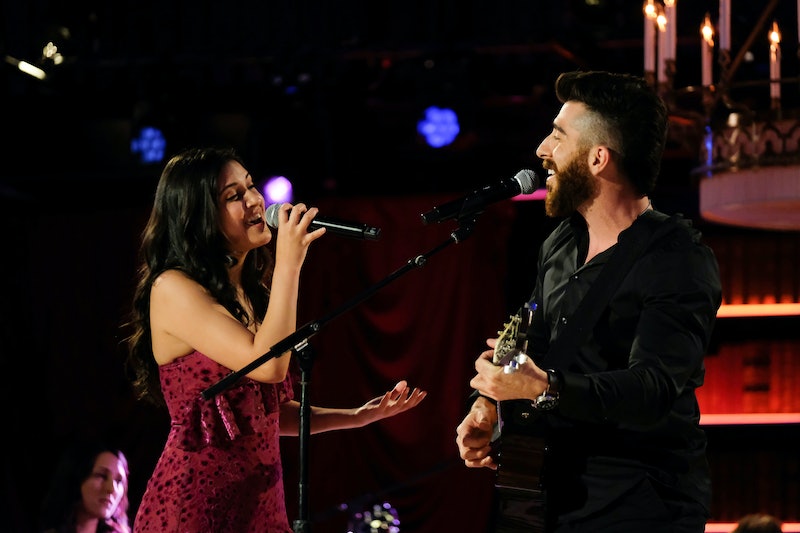 Rudi and Matt may have had a rocky start to their relationship on The Bachelor: Listen To Your Heart, but as the weeks progressed these two have delivered some truly impressive performances on stage. However, since this is a show about love, first and foremost, their musical chemistry can only take them so far. Rudi has already expressed that she's falling in love, and based on what Matt is doing after Listen To Your Heart, it's clear that even if things didn't work out between them, Matt has a lot of respect for his singing partner.

Though he's been a lot more hesitant than Rudi to open up emotionally, Matt's Instagram posts since production wrapped tell a very different story. Almost every post Matt has showcased on Instagram is centered around promoting the series; however, in the last several weeks the focus has almost exclusively been about Rudi herself and how blown away he is by her voice. "Girl you did @ladygaga proud," he captioned one clip of their "Shallow" performance from last week. "I can’t watch this without getting choked up. I’m in absolute awe of you every time we perform. Thank you for being who you are."

Matt posted another image of that same evening two days prior, writing to Rudi that "I couldn’t be more proud of you and would have never been able to do this all without you." He's also taken to referring to the two of them by their couple nickname, Mudi, which Rudi coined near the start of the season. Perhaps he's just doing his due diligence in helping to promote himself on the show. Or maybe there's a little more to it than that and he's developed real and genuine feelings for Rudi?

The only other notable thing Matt has been highlighting on his social media page is the upcoming release of his new single "Try," which he created with his band members of Brother Stone & The Get Down. But apart from his ongoing musical endeavors, this guy is pretty much Team Mudi all the way. Whether they end up walking away with the grand prize at the end of Monday night's finale or not, it's clear Matt is proud of his time on the series — and perhaps eventually listened to what his heart wanted along the way.