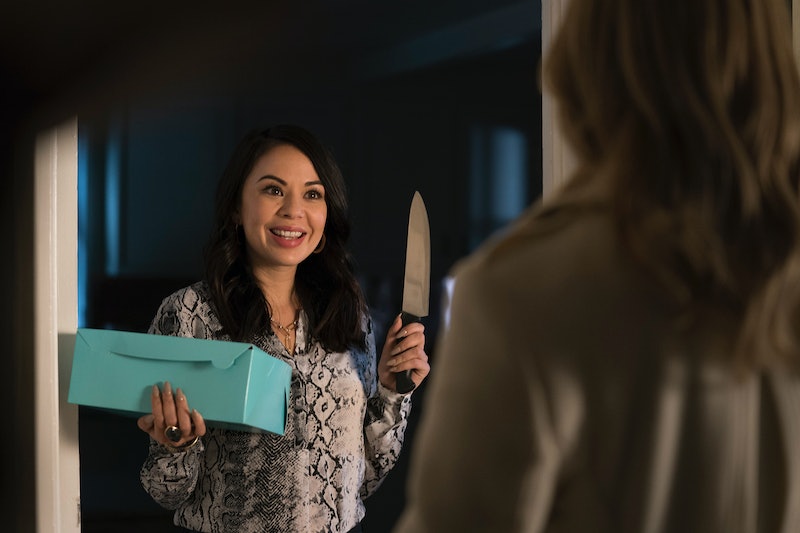 Much like its predecessor, Pretty Little Liars: The Perfectionists kicked off its series premiere with a murder. And while the identity of Nolan's killer will most likely remain a mystery for the majority of the season, Mona's involvement in the whole thing remains a little unclear. Given her devious antics in the past, it'd be understandable for fans to wonder if Mona is bad in The Perfectionists or if her motives are a little purer this time around. One may be tempted to think she'll fall back into her old habits, she may end up surprising us when all is said and done.

Obviously, a great deal of this series will be shrouded in mystery, making it unclear who exactly you can trust. (It's one of the many aspects that made us all fall in love with the PLL franchise in the first place.) But if you ask Janel Parrish, who plays Mona in the series, she wants fans to view her character as more of a hero this time around. "She’s got a lot of sides, and keeps a lot of secrets," Parrish told Bustle in an interview, regarding Mona's intentions. "This time it’s different. I think a lot of times on PLL she was the antagonist, and [on The Perfectionists spinoff] she’s kind of one of the heroes."

Mona and hero aren't usually two words that get strung together very often, but it'd be an interesting characteristic for her to take on for the spinoff show. But even if she means well, it appears Mona is at least somewhat connected to Nolan's death — or at least she fears that may be the case.

At the end of last week's premiere episode, Mona spoke directly to her reflection in a mirror, saying, "What the hell just happened? Was this our fault? Answer me, dammit." It was then revealed that Mona wasn't just talking to herself during this little conversations — she was speaking to an actual person who was listening and watching to everything she was saying and doing. She isn't the only one, though. As the camera cut to the woman Mona was talking to, we see that the entirety of Beacon Heights University is extensive under surveillance.

Earlier in the episode, Mona explained to Alison that Beacon Guard was the security system for the school that helps to make the place so safe. Of course, that no longer appears to be the case anymore, given that a murder just took place on campus and to someone who was supposedly under heavy surveillance at the time. Does this mean Beacon Guard is responsible for what happened — or, at the very least, allowed for it to happen without intervening?

Right now it's anyone's guess, but whatever their involvement may be, Mona seems to be completely in the dark about that aspect. She was shocked to learn about Nolan and while Mona has proven to have some stellar acting skills, this reaction may be very genuine. So is Mona one of the bad guys? She seems innocent for the time being, but since this is The Perfectionists we're dealing with, that theory could change with each passing episode.