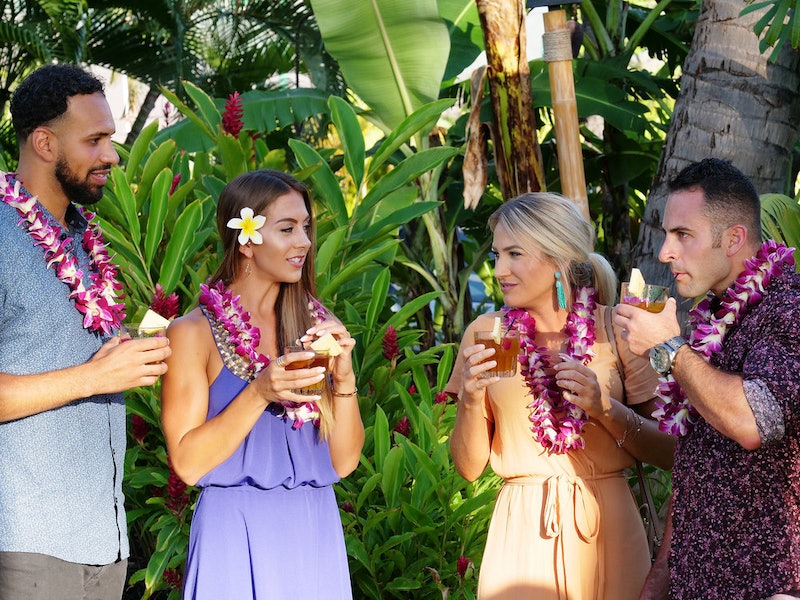 Like host Mark Walberg told the women at the bonfire, being on Temptation Island will either make you stronger as a couple, or stronger as an individual. Nicole seems to fall into the latter camp. While her future with Karl might be a little uncertain, she's grown substantially since arriving on the island, and now knows that she's ready for a deeper emotional connection than the one she had before. And even though it's too soon to find out whether she ends up with Karl, Tyler, or no one at all, it looks like Nicole's life after Temptation Island is going extremely well.

Per their Temptation Island couple bio, Nicole and Karl were both fitness buffs who met at the gym. From Nicole's Instagram (her handle is even @nicolekayfitness), it's clear she's still a gym rat who loves to work out. She's posted plenty of motivational snaps of her rocking some super cute gym gear.

While it does look like she might be at least partially monetizing her career as a fitness influencer — she did a promotional giveaway with One brand protein bars earlier this month — her LinkedIn lists her current job as a business development manager at Gartner, a large research and business advisory company. The job is based out of Minneapolis, and it's a role she's had since January 2018, so it would have overlapped with the filming of Temptation Island, if she's still at the same place.

It's too early to find out how things worked out with Nicole's romantic relationships on the show, but she and the rest of the girls from the couples aren't shy about letting the world know they're all closer than ever. All four of them regularly post pictures hanging out together. She even went to Dallas to spend the weekend visiting Kady!

In an interview with Talk Nerdy With Us, Nicole explained that she learned a lot about herself while on Temptation Island, and is trying to take what she learned and apply it to the rest of her life.

"The biggest [things] that I would take away [from the show] are allowing myself to be vulnerable within my relationships, in life, whether that be with my family, my friends, my significant other," she told the outlet. "Another thing I would say is just being true to myself and not trying to accommodate different people's standards, because everyone in this world does things differently, thinks differently, and value things in different ways. But I can't lose my voice. It's important, for myself, to stay true to me, so that I ultimately live a happy life."

No matter what happens with Tyler and Karl, it sounds like Nicole has already had an invaluable learning experience by being on the show. She's walking away with a great new group of girlfriends and a totally new perspective on her life. Temptation Island isn't exactly the kind of show where you can win, but Nicole has come pretty darn close.