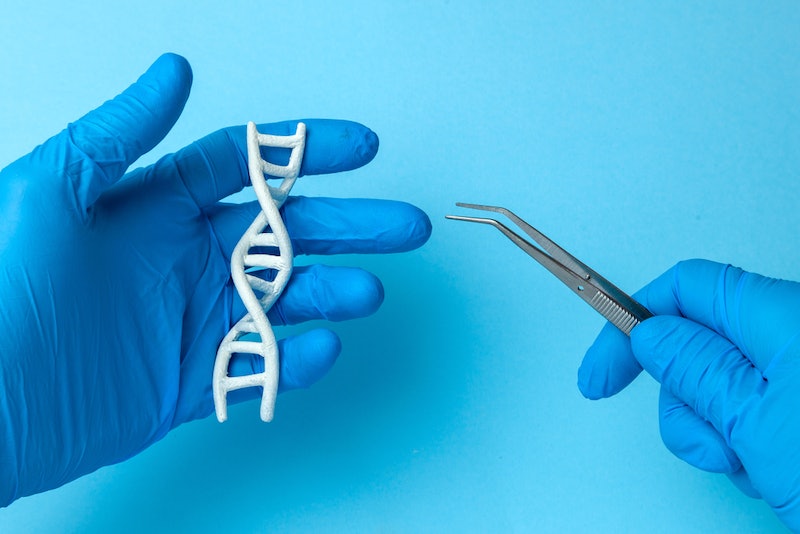 Finding ways to maintain health is a priority for people who are interested in wellness. One factor that is particularly key is nutrition. Now, a new upcoming science is promising to help explain the link between genetics and nutrition. So what is nutrigenetics, how can it help us and our bodies, and is it legit?

The Oxford dictionary defines nutrigenetics as "The combined influence of, or interaction between, nutritional and genetic factors in the causation of disease or preservation of health; the scientific study of this."

A little confused? Me too. Maybe this further explanation will help. According to the Telegraph, nutrigenetics is a "new science that aims to read your DNA and tell you how to optimise your diet and exercise." Essentially, the question nutrigenetics answers 'yes' to is the following: should our DNA determine what we eat?

Nutrigenetics recently hit headlines when footballer Rio Ferdinand announced in an interview with The Guardian that he was a fan of the science. Speaking about DNAFit, a nutrigenetics company that claims it has created a saliva swab test that can tell you about the links between your own genes and nutrition, Ferdinand explained that nutrigenetics helped him to realise what he was apparently doing wrong with his diet.

“I wanted to gain weight, gain muscle mass and retain it. But I quickly hit a ceiling. I was knocking my head thinking: what’s going on?” he told the publication, before continuing:

So impressed was Ferdinand at the changes this allowed him to make, he claimed he could have been a far better footballer had nutrigenetics been around when he was at the peak of his career: “Trust me, I would have been able to play longer, I would have got 100 caps.”

But despite his adamancy, it's fair to say that nutrigenetics is still relatively under-researched, and its use remains controversial.

Professor Eran Segal, a computational biologist at the Weizmann Institute of Science in Israel, said he had doubts about the merit of this increasingly talked-about science. He told me:

"Although our human genome may be important in determining which foods are good for each of us, the science is still not there and thus far there is no evidence that such approaches work."

Dylan Mackay, nutritional biochemist at the University of Manitoba, Canada also expressed doubt at current claims of the effectiveness of nutrigenetics.

"The evidence that the current tests are based on is simply quite poor, in my opinion," he told Canada's CBC radio. "I just think we need to make better evidence before we can make recommendations. Most of the genetic variations that we look at in nutrigenetics are very, very minor influences to the point where I think it might not even be worth it to look at. I mean other than for fun."

So should you go out and buy a kit from companies like DNAFit to determine which nutritional changes would work for you? Perhaps, but waiting until more scientific research has been implemented is probably a safer bet for now.