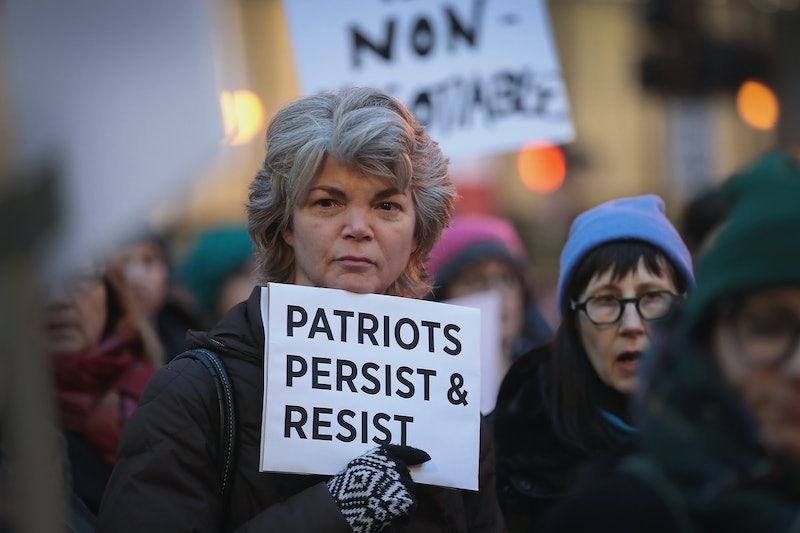 There's a freshman Oklahoma lawmaker who has a pretty twisted view on women's bodies and their control over them. He was quoted in an interview for The Intercept calling women "hosts" and arguing that men should have a say over what happens to fetuses that they helped conceive. His own words on the matter are even more offensive. But given his role as an elected lawmaker, there are more than words at stake — he's actually introduced a bill. What is the "host" abortion bill? Oklahoma HB 1441 would require women to get permission from men to get abortions.

This specifically applies to their sexual partners. Freshman lawmaker, Justin Humphrey, told The Intercept that he started writing the bill so that men would have to pay child support from inception, but then that got dropped and it became all about controlling women's bodies. The language in the bill reads, "No abortion shall be performed in this state without the written informed consent of the father of the fetus." There are exceptions for rape, incest, and men who don't like the bill:

So a woman has to give the man the option to control her body, and he can insist that she prove it's his, which stalls the procedure. Lovely. The only thing that's worse? Humphrey's explanation as to why he wrote the bill is pretty bad, to say the least. "I believe one of the breakdowns in our society is that we have excluded the man out of all of these types of decisions," he told The Intercept. It gets more offensive:

I understand that they feel like that is their body ... I feel like it is a separate — what I call them is, is you’re a "host." And you know when you enter into a relationship you’re going to be that host and so, you know, if you pre-know that then take all precautions and don’t get pregnant.

The bill is set to be taken up again in committee Tuesday, Valentine's Day of all days. Earlier in February it was tabled without comment. The bill is still a long way from passing — and it would likely be found unconstitutional since a similar law was struck down in 1992 — but just knowing what Humprey says about it is chilling enough.

"I’m like, hey, your body is your body and be responsible with it," Humphrey told The Intercept. "But after you’re irresponsible then don’t claim, well, I can just go and do this with another body, when you’re the host and you invited that in." That kind of thinking can't be codified into law.