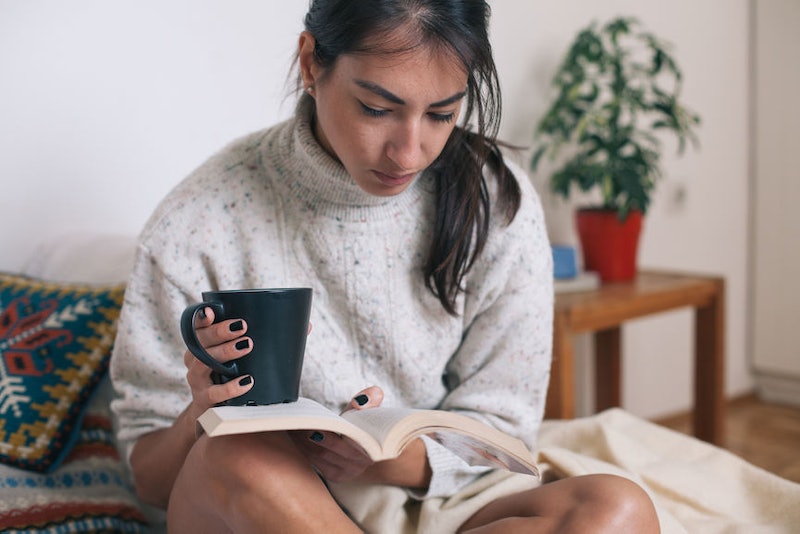 Struggling to nod off at night can detrimentally impact every part of your life. Not getting enough sleep is linked to concentration and memory difficulties, mood changes, and even a weakened immune system. When times get really rough, you may turn to a drink before bed. Alcohol certainly isn't healthiest bedtime choice, nor the most effective but a warm glass of milk can work wonders. But a new beverage trend is starting to emerge. It's pink, it's frothy, it's supposedly full of good stuff. But what is pink moon milk?

The drink is simply a combination of warm milk and tart cherry juice. While it obviously transforms the beverage from bland to Instagram-friendly, cherry juice has a bunch of other benefits.

As the Express reports, cherries are one of the few foods to contain melatonin. This is a hormone that controls the sleep cycle, explains Medical News Today, and is therefore pretty important for a healthy lifestyle. Cherry juice also contains the amino acid tryptophan. As Healthline states, this is involved in the production of serotonin which can promote better quality sleep and benefit a person's mood.

So why add it to milk? Personally, I've never tried it but I can't imagine tart cherry juice tastes too great on its own. Milk serves to mellow the slightly sharp taste and also exposes the body to more tryptophan. Those who find cow's milk difficult to digest — especially late at night — can try a non-dairy option, reports Stylecaster.)

Moon milk isn't something that just popped up on social media. It's been around for thousands of years in Asian cultures. And pink moon milk specifically isn't just a tasty invention that someone conjured up one day. The combination of the juice and milk does have some scientific basis. Milk has long been touted as an effective nightcap, but a few small-scale studies have proven similar effects with tart cherry juice.

A 2017 pilot study published in the American Journal of Therapeutics tested the impact of tart cherry juice on adults with insomnia. Only eight people took part, but the results were somewhat convincing. Participants — who were aged 50 and older — were split into two groups.

One was given tart cherry juice to drink morning and night for two weeks; the other was provided a drink that looked and tasted like cherry juice. The groups then swapped over. At the end of the experiment, it was concluded that participants' sleep time had increased by 84 minutes.

"Many people are hesitant to resort to medications to help them sleep. That's why natural sleep remedies are increasingly of interest and in demand," commented lead researcher and Louisiana State University professor Jack Losso in a statement.

Although much larger studies will need to be carried out to prove this benefit, there's no harm in trying pink moon milk. As Elite Daily states, you can even magnify its health effects by adding adaptogens. These herbal supplements are usually available in liquid, powdered, or tablet form and are designed to relieve stress and boost the immune system among other things.

Ashwagandha is a particularly popular adaptogen. With a history spanning 3,000 years, the plant is celebrated for its calming effects on the body, reports Women's Health. When adding a supplement to your diet, it's always best to consult a doctor — especially if you are currently taking medication.

As someone who feels constantly tired, I think I may already be a convert.