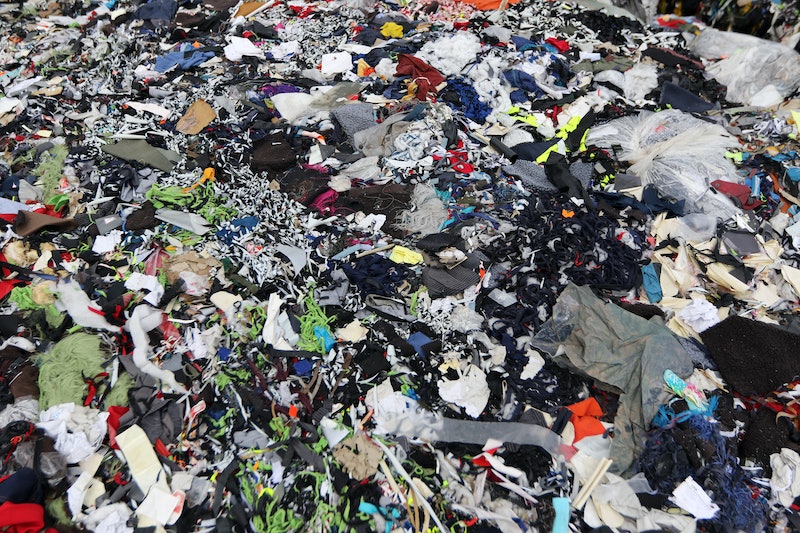 You’ve heard of recycling, and you’ve probably heard of up-cycling, but there's another sustainability method that you should be aware of. Pre-cycling is another way to stop products from needlessly ending up in a landfill, and it's possible you're already taking part in it without realising.

Pre-cycling basically stops the need to recycle or throw anything away by simply not creating waste in the first place. In this way, it's not too dissimilar from the zero-waste movement. Think of it as prevention rather than intervention. Using reusable containers like water bottles and reusable cups are examples of pre-cycling, as it prevents single-use ones being chucked in the bin. And the same goes from reusable bags for your food shops.

It’s no surprise that, in the fashion industry specifically, pre-cycling is could be a potential game changer. It’s estimated that around £140 million worth of clothing goes into landfill each year, and that will include clothes that have never even been worn. However, with the introduction of pre-cycling, end-of-line and surplus stock that has not been bought can be sold on for a reduced price, thereby stopping clothes and accessories from reaching landfills.

Companies like Newlife stores are leading the way when it comes to pre-cycling fashion, and they have teamed up with high street retailers like Primark, River Island, Schuh, New Look, and Peacocks, with all profits going towards supporting disabled and terminally ill children. At stores like Newlife, customers can still shop for certain items even when they're off season, meaning the life cycle of high street fashion is extended.

In past, some fashion brands such as Burberry have been criticised for needlessly contributing to waste in 2018. The British luxury fashion house reportedly burned nearly £30 million worth of unsold clothes and accessories rather than selling it at a reduced price. This was all because Burberry wanted to protect the exclusivity of their brand, the BBC reports. Whereas Newlife stores, on the other hand, have already rescued 2,100 tonnes of stock from becoming waste, according to a statement sent to Bustle UK.

And pre-cycling doesn’t have to end in the textile and fashion industry. Food is another industry that is benefiting from pre-cycling. And companies such as Oddbox are preventing perfectly edible food from ending up in landfills before it even hits the supermarkets. Over a third of all the food produced is wasted before it’s even left the farm, the London company says. So they work with farmers and sell on seasonal fruit and vegetables subscription boxes full of food that’s perhaps misshapen, or a bit muddy and can’t be sold.

And one of Britain's leading supermarkets, Sainsbury’s, is reportedly trialling pre-cycling. They will allow customers to remove the plastic containers from groceries before they take their shopping home and leave it in-store to be recycled.