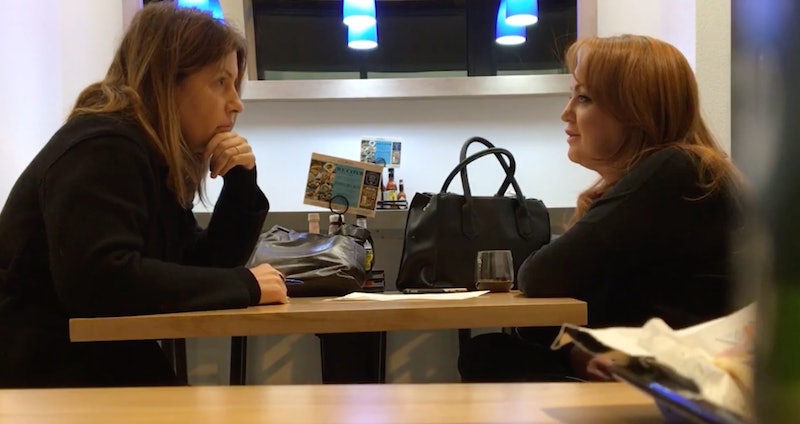 A woman who falsely claimed to have been impregnated by Alabama Senate candidate Roy Moore appears to have been part of a conservative scheme to discredit the media, the Washington Post reported Monday. The woman, Jaime Phillips, reportedly approached the Post claiming Moore had sex with her when she was 15, which would have been statutory rape.

The newspaper didn't publish her accusations due to concerns about their accuracy. Not long after meeting with her, Post reporters saw Phillips entering the offices of Project Veritas, a conservative organization that uses undercover cameras in an attempt to obtain incriminating information on progressive organizations.

Although Phillips initially sat down for several interviews with the Post, she didn't respond to requests for comment on Monday. When confronted by the Post, Project Veritas founder James O'Keefe — who has a history of using extreme undercover methods to discredit the left-wing — refused to confirm or deny that Phillips worked for his organization. Bustle has reached out to Project Veritas for comment.

The Post says that Phillips reached out to the newspaper after it published allegations that Moore had initiated sexual contact with a 14-year-old while he was in his 30s — allegations that Moore denies. After interviewing her several times, however, Post fact-checkers became concerned about both the accuracy of Phillips' story and her motives in coming forward with it.

According to the Post, Phillips said that she'd only lived in Alabama for one summer years ago, and yet her cell phone number had an Alabama area code. The company she claimed to work for had no record of her employment, the Post added. Most notably, the Post uncovered a GoFundMe page that Phillips apparently created in May, in which she said that she's "accepted a job to work in the conservative media movement to combat the lies and deceipt [sic] of the liberal MSM."

The Post published video of its last interview with Phillips, in which reporter Stephanie McCrummen questioned her on some of the inconsistencies in her biographical details. When asked about the GoFundMe page, Phillips said that she'd interviewed at the Daily Caller but hadn't actually been offered a job; the Daily Caller later told the Post that nobody at the organization ever interviewed a woman named Jaime Phillips.

Eventually, Phillips told McCrummen that she wanted to cancel the story, and left the interview. As she was leaving, McCrummen asked her if she had been recording the conversation, and Phillips said that she had not.

Later, Post reporters saw Phillips entering the New York offices of Project Veritas. The Post added that her car stayed in the Project Veritas parking lot for over an hour.

Project Veritas is an organization that's received funding from Donald Trump. The group has produced or commissioned a number of sting videos intended to expose alleged wrongdoing on behalf of Democratic and left-leaning groups.

O'Keefe and other Project Veritas employees have been widely criticized for using techniques that most journalists consider disreputable. This included misrepresenting themselves to interview subjects, recording subjects without their permission, and deceptively editing video footage to obscure the true nature of its interviews. One conservative commentator wrote on The Blaze in 2011 that Project Veritas's operations "can sometimes border on entrapment."

In 2010, O'Keefe and three associates pleaded guilty to entering a U.S. senator's office under false pretenses. Three years later, O'Keefe was ordered to pay $10,000 to an activist who got fired after being featured in a heavily edited Project Veritas video.

In March, Project Veritas wrote on Facebook that it was looking to recruit "12 more reporters" to do work that's "not for the faint of heart."

"I will pay you to go undercover," O'Keefe said in an accompanying video clip. The Project Veritas website elaborated on the skills required for the position, which included "Preparing a background story to support your role" and "Gaining an appointment or access to the target of the investigation," according to the Post. Two months later, the GoFundMe page that Phillips appeared to have created went live.

The Post published interviews with Phillips that had been considered off-the-record. The newspaper's executive editor, Martin Baron, defended this decision in a comment to the Post, saying that Phillips had not conducted her interviews in good faith to begin with.

"We always honor 'off-the-record' agreements when they're entered into in good faith," Baron said. "But this so-called off-the-record conversation was the essence of a scheme to deceive and embarrass us. The intent by Project Veritas clearly was to publicize the conversation if we fell for the trap. Because of our customary journalistic rigor, we weren't fooled, and we can't honor an 'off-the-record' agreement that was solicited in maliciously bad faith."