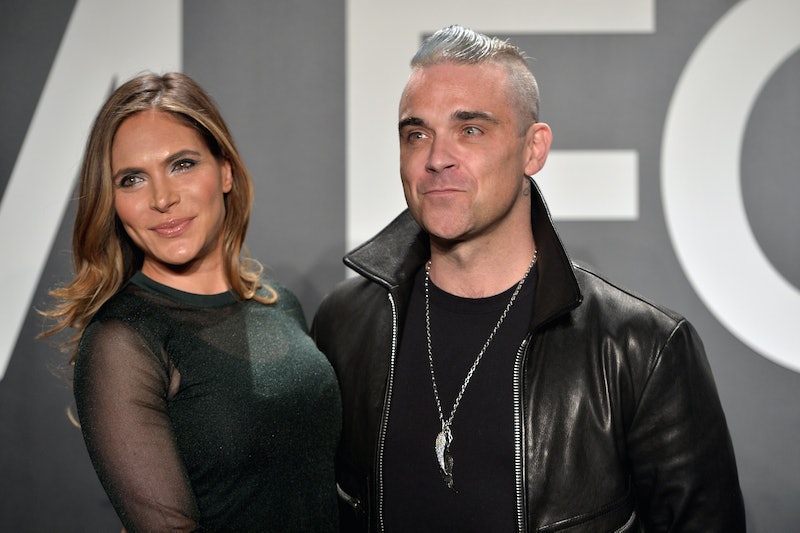 The couple have decided to name her Colette (Coco) Josephine Williams. How sweet! This news comes as a surprise to fans, who were unaware the couple were expecting another child. Ayda's announcement included the detail that Colette was delivered via surrogate.

She shared a super cute black and white photo of her family of five's hands, alongside the following caption: "I spy with my little eye an extra little hand. So we have been keeping a very special secret! We are delighted to share with you that we have had a baby girl….welcome to the world Colette (Coco) Josephine Williams!!"

Field then discussed surrogacy and family, sharing her appreciation for the surrogate who carried Colette: "It has been a very long and difficult path to get here, which is why we have kept it on the down low. Family comes in all forms, and this little lady, who is biologically ours, was carried by an incredible surrogate mother, to whom we will be eternally grateful. We are over the moon to have this beautiful baby girl in our lives and so blessed that we live in a world which makes this possible."

Ayda finished by adding a note about the family's privacy, asking fans to respect them and their children:

"As with Teddy and Charlie, we ask that you respect Coco’s privacy and allow us to grow into our new team of 5! #TeamWilliams."

Colette is Williams and Field's third child. The doting couple already have one daughter Theodora, five, and a son Charlton, three. They have been married since 2010, and recently celebrated their eighth wedding anniversary.

"8 years ago today we got married. Thank you for taking the midnight train to anywhere with me. It's been the journey of a lifetime. Happy Anniversary! I love you!!"

In June 2018, Williams appeared on This Morning and discussed his relationship with Field, as well as his performance at the World Cup in Russia, his book, and the possibility of an X Factor appearance.

"We are each other's rock," he said. "She has her own neurosis that she has. My mental-ness and her mental-ness dovetails. She is a lot safer than me in everything she does. I look after her and she looks after me and that's the way that love works and that it should be in a relationship."

Field and Williams are currently both starring on the X Factor panel as judges in the new series. Rumours had been swirling for months previously about their involvement and now the series is fully underway. The couple are judging alongside Simon Cowell and ex-One Direction's Louis Tomlinson.