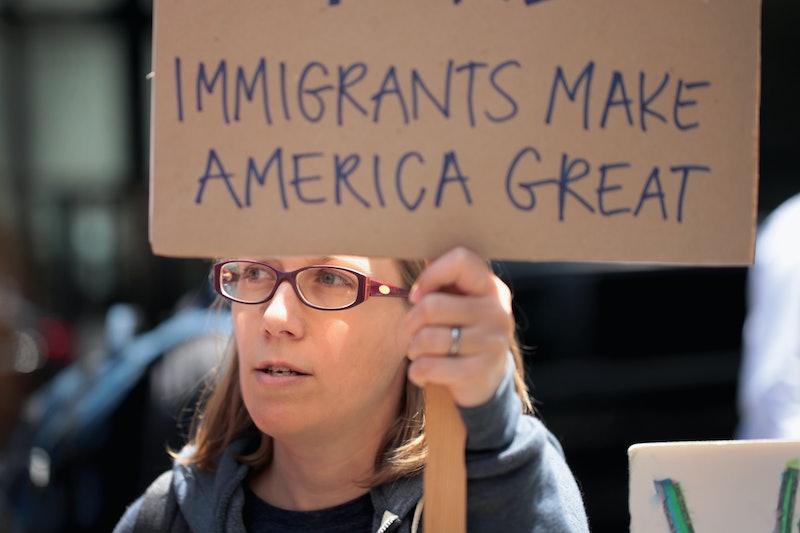 The Trump administration is using the Bible to justify its immigration policies. During a speech Thursday, Attorney General Jeff Sessions said that the administration's practice of separating undocumented children from their parents is necessitated by the "clear and wise command in Romans 13," which he characterized as saying, "obey the laws of the government because God has ordained them for the purpose of order." But what is Romans 13 actually about?

Sessions was making the claim that the administration is only splitting up undocumented families and holding migrant children in detention centers because the law requires it do so, and that the Bible requires officials to follow the law. The first claim is patently false, as there's no U.S. law that requires undocumented family members to be separated from one another in detention.

But Sessions suggests otherwise, and furthermore, claims that the administration is Biblically required, under Romans 13, to follow all laws on the books. Although the entire passage to is too long to quote in full, here are the relevant sections of Romans 13:

Therefore, it is necessary to submit to the authorities, not only because of possible punishment but also as a matter of conscience.

Romans 13 has been a controversial passage in the Bible for quite some time now, and there's still debate over what exactly it means. According to theologian Diana Butler Bass, though, Paul most likely wrote it to address a very specific issue that the Church was faced with in the 50s.

"The Roman church was ethnically split between Jewish and Gentile believers," Bass writes. "The Jews were influenced by politics in Palestine, where a rising ride of revolutionary Jewish nationalism was occurring at the time of this letter's writing."

Bass argues that Paul probably wrote the passage in an attempt to promote unity in the Church, as there was a fear that (ethnically) Jewish members who had recently joined might be inspired to revolt against Church leaders. Under this interpretation, the phrase "governing authorities" doesn't refer to the government at all, but rather, the Church.

"Paul's plea to be subject to governing authorities must be understood in this context -- he wanted to contain an emerging radical Jewish nationalism that could have undone the fragile unity of a community under threat," Bass says.

Others have subscribe to this interpretation as well, but it's by no means a universally-held one. Pastor John Piper argued in 2005 that the language in Romans 13 does refer to the government, and that Paul was commanding Christians to "submit to the laws [elected officials] make."

Sessions is far from the first person to cite Romans 13 as justification for a controversial policy. In the build up to World War II, some Christian leaders in Europe argued that Romans 13 required Christians to support Adolf Hitler and the anti-Jewish laws he enacted, while anti-abolitionists in 19th century invoked Romans 13 to justify slavery, historian John Fea told the Washington Post.

But again, insofar as Sessions' claim is concerned, much of this is moot, because there's no U.S. law that mandates the separation of undocumented families. In addition, separation of church and state is enshrined in the First Amendment, so Biblical text isn't relevant to the enforcement of government policy in the first place.

Nevertheless, Sanders made a similar argument on Thursday when pressed on Sessions' comments.

"It is very biblical to enforce the law," the press secretary said at a briefing. "That is repeated throughout the Bible."