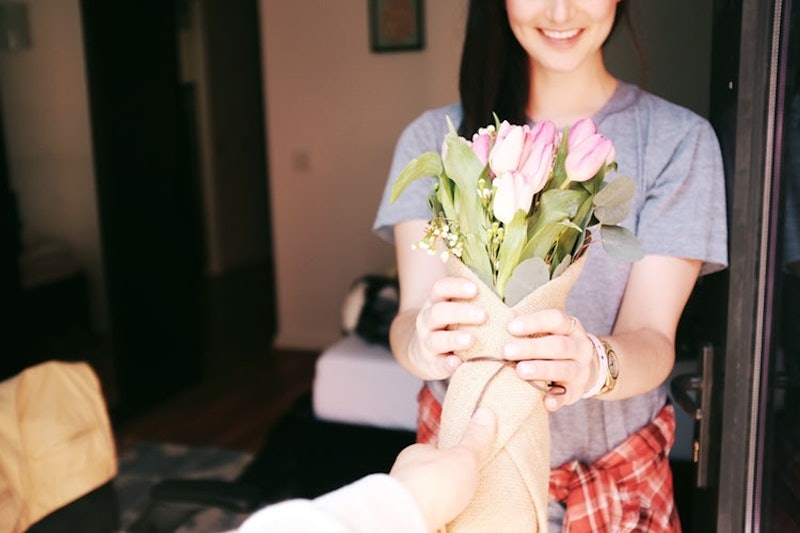 We already know that Swedes are hardcore when it comes to home organization; anyone who's ever walked inside of an IKEA knows that they don't mess around. But döstädning, which quite literally translates as "death cleaning," takes that organization to a whole new height. But what is Swedish death cleaning, exactly? Hold on to your Ektorps, y'all, because the concept will help you get your life together no matter how old you are or what stage of your human existence you've reached.

The practice is well-known in Sweden, but a recent revamp of it is the brainchild of author and artist Margareta Magnusson, whose book The Gentle Art of Swedish Death Cleaning: How to Free Yourself and Your Family from a Lifetime of Clutter is available for preorder for January 2018. Usually, the concept of döstädning is targeted primarily at people over the age of 50. At about this point in people's lives, they've accumulated a lot stuff — multiples of things they don't need, old things they don't use anymore, and maybe if their kids happen to be lazy about cleaning and bad at downsizing, a whole bunch of their progeny's junk (guilty as charged). The idea is to start slowly getting rid of it or repurposing it so that when you do leave this earthly plane, you won't burden your friends and family with all the nonsense you left behind.

And while at age 50 most people are a long way off from death, the concept starts then because it isn't an all-in-one-go, Marie Kondo-esque wipe out of all your belongings; rather, Swedish death cleaning is a process that's supposed to take years, even decades, to complete.

"Death cleaning is not about dusting or mopping up," said Magnusson to The Chronicle. "It is about a permanent form of organization that makes your everyday life run more smoothly."

The concept is one that Magnusson encourages people of all ages to take advantage of, to help streamline our lives and reduce clutter in them. "I don't think you need to start death cleaning at 40, but you need to start thinking about your habits of collecting and you should definitely start getting organized," she clarified to The Chronicle.

So how exactly do you go about doing that? It may be as simple as choosing a closet to clean out and give to Goodwill, or as neighborly as taking a book you don't think you'll read again to a friend you know will enjoy it instead of bringing them flowers. It doesn't have to be stressful or take over your whole life; in fact, the whole point of it is meant to be grounding and therapeutic, since you're focusing on your space rather than the things in it.

Magnusson also recommends that you tell your family what you're doing so they can hold you to it, and to reward yourself with something other than more stuff to motivate you to keep going. (Maybe explain a bit more about pre-death cleaning as a concept, though, before dropping that out-of-context news bomb to your fam over the phone.)

As writer Hannah-Rose Yee noted in The Chronicle, if you take it on earlier in life, it has the potential to turn into a community building thing; Yee recounted taking Magnusson's advice and bringing a skincare product and books to a friend instead of flowers, and how the friend in turn gave her three books of her own to read. In that way, Swedish pre-death cleaning can take on a life of its own within your friend group, and help you use your stuff to make actually personal, meaningful connections with other people.

For Magnusson's full intel on how to incorporate döstädning into your life, though, you'll have to wait until January. Check out the preorder of on Amazon here. The Gentle Art of Swedish Death Cleaning: How to Free Yourself and Your Family from a Lifetime of Clutter here.