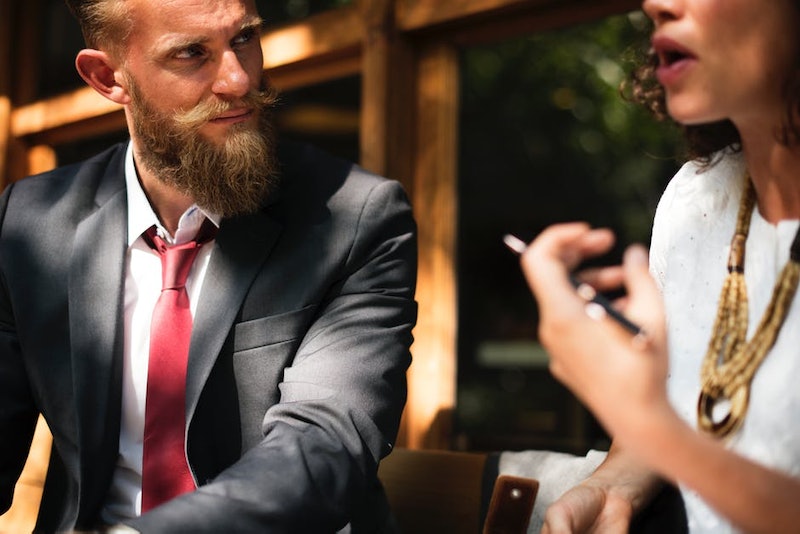 Delivering bad news to someone is never easy; and a lot of us find ways to soften the blow: "I think you have a beautiful soul, Roger. Your apartment is amazing, and I really like your dog. But I'm breaking up with you and never want to speak to you again." You were just trying to spare Roger's feelings; but research says the best way to deliver bad news is to say it and get it over with. Roger probably already knew it was coming, anyway.

The study comes from Brigham Young University, by professors from both BYU and the University of South Alabama. In the study, 145 participants imagined themselves in two different experiences: in one, they were given compliments and small talk before hearing bad news. In the second, they were given the bad news directly. Some examples of the bad news were being broken up with or being told they had cancer.

Afterward, many more of the participants reported being less bothered when they were given the bad news straight, challenging what many of us have thought to be true: dressing up bad news with a pretty bow doesn't make things any better. In fact, it could make them worse.

In many ways, it makes sense. When you try to butter someone up, they can often sense that you aren't just being nice — you're trying to prepare them for bad news. Their anxiety builds. Their stomach does somersaults. They know something's up. If you already know they're going to be upset, why mess with their feelings even more beforehand? Even though it's well-intentioned, some might consider it kind of manipulative; and if we're being honest with ourselves, trying to cushion the blow is as much about preserving our own feelings as it is theirs. Looking at it from this perspective, it's easy to see why getting to the point might be your best bet.

Still, it's not entirely black and white; and there are many who are part of the "start with a positive" school of thought when it comes to delivering bad news. Dr. Robert Buckman is a medical oncologist specializing in breast cancer, so he knows a thing or two about sharing bad news with people. He developed a protocol that he now teaches to doctors, students, and businesspeople (including IBM executives), to help them understand how to best approach a touchy situation; and he suggests you shouldn't get right down to business.

Instead of doing all the talking, you should start by listening. Ask open-ended questions about how the other person is feeling, how their day is going, etc. Once they've quieted down, it's your turn to go; and one thing that might help is to use a word or phrase they finished with, to indicate that you were really listening.

Another pointer Dr. Buckman provides is to first ask for their perspective. If, for instance, you're sitting down with an employee to notify them of a poor performance review, you could start by asking them what they think of their performance. This could help bridge the gap, as opposed to blurting out how bad they're doing.

Other experts say that while your exact wording doesn't matter, your tone does matter. A study from Saarland University in Germany analyzed 400,000 employment tribunal cases (half of which had to do with lay-offs) and found that employees were much likelier to react aggressively when their managers spoke to them aggressively. What they found is that tone is noticeably more influential than the specific words you speak. Could that mean, then, that it doesn't really matter if you're upfront with news or you sugarcoat it, as long as you use the right tone? Possibly.

If all else fails and you don't know how to deliver bad news, one method that likely won't let you down is to simply imagine yourself in their shoes: would you want to hear it straight, or have them tell you softly? Always keep the other person's feelings in mind, and you'll probably find the direction you need.