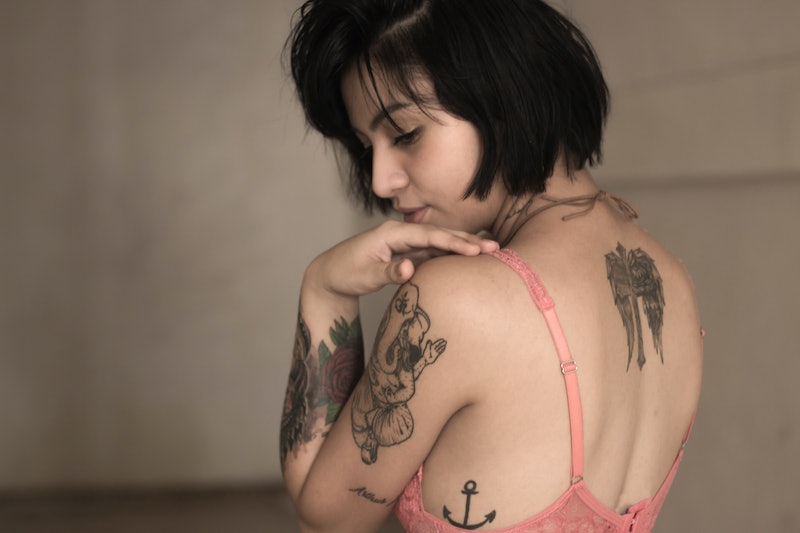 Bras are for support, literally — so involving them in the next internet craze to support of women's rights is pretty fitting (pun not intended). If you have an internet connection and you identify as a woman, you're definitely going to want to know all about what the Bra Toss Challenge is because before you know it, you'll be tagged to participate. Not dissimilar to the Ice Bucket Challenge for ALS, this internet tag participation game is for a cause. But this time, the cause is one that hits a lot closer to home — roughly half the population, in fact.

It all started on March 8, International Women's Day, when Lilly Singh — YouTuber, author, and activist extraordinaire — took to her social media to declare the challenge. It was really as simple as that. Her goal was to give people around the world a way to express their dedication to sisterhood.

Bras have always held a heated symbolism. Back in the 1970s, people who were part of women's liberation movements were referred to by the media as "bra burners" — essentially comparing the women's liberation movement to the anti-war protesters who burned draft cards and American flags. And while there's not much hard evidence that any mass bra burnings ever did occur, before or after the title was given to the members of the movement, the imagery stuck around. The bra has gone back and forth throughout history as being a sign of support or a sign of control. So while a bra toss might seem like a lighthearted way to make a statement, it's actually quite deeply rooted in the history of women's right's movements. Here's the message from Singh herself:

So the challenge is pretty straightforward. All you have to do is make a video post on your social media channel of choice. In the video, you toss a bra at the camera, nominate the members of your girl squad or dream team, and post the video with the hashtag: #SpreadLove.

This is a great opportunity to show your support for the ever-growing women's movement that's going on right now. If you haven't had a chance to participate in any of the marches, protests, or rallies, this is an easy way for you to add your voice to the cause, from the comfort of your own home. And if you're looking for more ways to get involved in the movement, post-International Women's Day, check out some easy avenues here — because keeping the momentum going is essential. So grab your favorite booby basket, hit record, and make a totally PG video that's not at all what it sounds like! Spread love, support your sisters, become an active member of your progressive community, and make change happen. In the meantime, here is a list of organizations that support women that you can donate to and help make a difference.