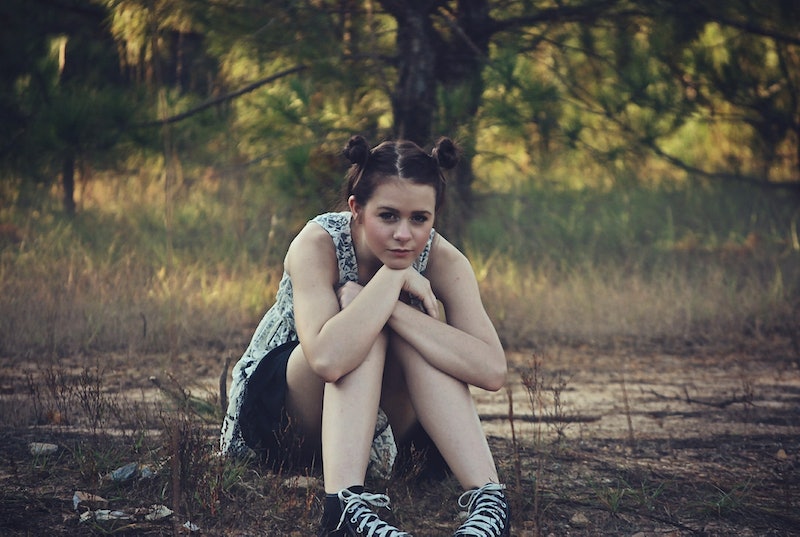 Another day, another internet “challenge” that will have most sane adults thinking, “Whaa? Why?” Say hello to the “Deodorant Challenge,” a recent craze among teens and preteens in the UK. What is the deodorant challenge, you ask? It’s a fad involving aerosol deodorant … and frostbite. Er, fun, right?

Completing the Deodorant Challenge involves holding a can of aerosol deodorant close to the skin and spraying for a prolonged period. Last week, UK mom Sara Pears Stanley posted images on Facebook of her daughter Kaitlyn’s arm after Kaitlyn had done the challenge. The photos show her arm covered in red spots from where she had held the spray. “My friends started doing it. You spray it and then it goes white and it looks really cool, so I tried it,” Kaitlyn, 12, told ITV.

The Deodorant Challenge is actually really dangerous. (And it’s nothing new. In previous iterations, which go back at least a decade, it’s sometimes been called “frosting.”) Holding an aerosol spray close to the skin causes the skin to cool very sharply. One study found that spraying deodorant 5 cm from the skin for only 15 seconds can cause the skin’s temperature to drop by more than 60 degrees Celsius (140 degrees Farenheit). That drop in temperature can in turn cause frostbite. (The skin going white that Kaitlyn thought “looks really cool” is similar to a symptom of frostbite.)

“[These kids] are giving themselves first-to-second-degree burns by doing this ‘deodorant challenge’,” dermatologist Jeanine B. Downie, MD, told New Beauty. “These burns can harm their skin and cause dark spots, scars, and patches that may last for the rest of their lives.” Dr. Downie also warned that that damage caused by the Deodorant Challenge could increase people’s risk of skin cancer down the road.

This is far from the first time we’ve seen teens trying out ridiculous, risky social media challenges. In the last few years, we’ve seen multiple “condom challenges” (one that involves pulling a condom through your nose and out your mouth, and another that has you drop a water-filled condom over someone’s face, because of course), as well as the Kylie Jenner Challenge and a bunch of challenges that promote body-shaming. These challenges seem insane to me, but on some level, I do get it. Social media may not have been around to fuel bizarre trends when I was in middle and high school (yes, I’m an old), but there were still plenty of things that we all thought were hella cool back then that seem utterly inexplicable to me now. Doing ridiculous experiments — especially when there’s peer pressure involved — is just part of being an adolescent.

That said, is it too much to ask that people stick to challenges that won’t cause potentially permanent damage? Can we just go back to the Mannequin Challenge? That was fun.

More like this
Dyson Is Dropping Futuristic, Air-Purifying Headphones
By Rachel Lapidos
Discord Might Be A Twitter Alternative — Here’s How To Use It
By Alexis Morillo
What Does “The Rizz” Mean On TikTok? The Viral Slang Term, Explained
By Alexis Morillo
The 10 Memes That Defined 2022
By Alexis Morillo
Get Even More From Bustle — Sign Up For The Newsletter