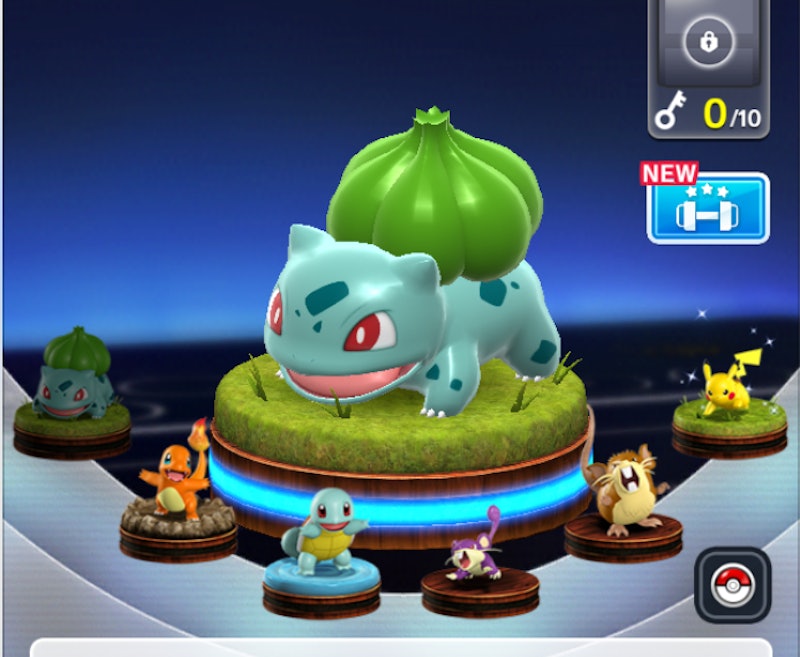 Is cold winter weather keeping you from indulging your “Pokemon Go” habit? The Pokemon Company has launched a new game for those of you who wanna be the very best… but from the comfort of your warm couch: “Pokemon Duel.” What is the difference between “Pokemon Duel” and “Pokemon Go”? Although these mobile games have the same general inspiration and characters, they don’t have much in common when it comes to gameplay. While “Pokemon Go” had players traipsing around their cities and collecting Pokemon all summer, “Pokemon Duel” let’s you stay home and play something that’s more akin to a virtual board game.

Although they both share the “Pokemon” label, these two games come from different developers. The smash hit “Pokemon Go” was created by Niantic in collaboration with Nintendo and the Pokemon Company, while “Pokemon Duel” is a product of the Pokemon Company alone. This new game lacks “Pokemon Go”’s most distinctive feature: The augmented reality (AR) technology that incorporates players’ real environments into the game’s virtual world.

Unlike “Pokemon Go,” in which players have to physically move from place to place to collect Pokemon and battle for dominance, “Pokemon Duel” is a strategy game with its own self-contained narrative. The premise is that you and every other player have gathered on Carmonte Island to compete in the Pokémon Figure Game (PFG) World Championship. The prize? A skyscraper. (Yes, a SKYSCRAPER, everyone’s answer to the question “What’s missing from your life?”).

Players compete against each other using a grid that serves as a virtual game board (like the one above). Each player has six Pokemon figures with which to attempt to take over the other player’s side of the board. There are battles in this game, but they don’t involve rapid button pushing; instead, you spin a wheel, and the competing Pokemon go to town. As you play the game, you have opportunities to customize your team and power up your figures (sometimes through winning points, and sometimes through in-app purchases). Thankfully, the game starts with a thorough tutorial of how to play (thanks to a dreamy animated helper named “Luca”) and comes with a fairly extensive "Help" menu.

Having earned a staggering $950 million since its release, “Pokemon Go” will be hard to this new version to beat, but “Pokemon Duel” may be a good option for Pokemon addicts who just want to stay home. “Pokemon Duel” is currently free to download for iOS and Android. Be aware that you have to be connected to Wi-Fi or have 4G to play.