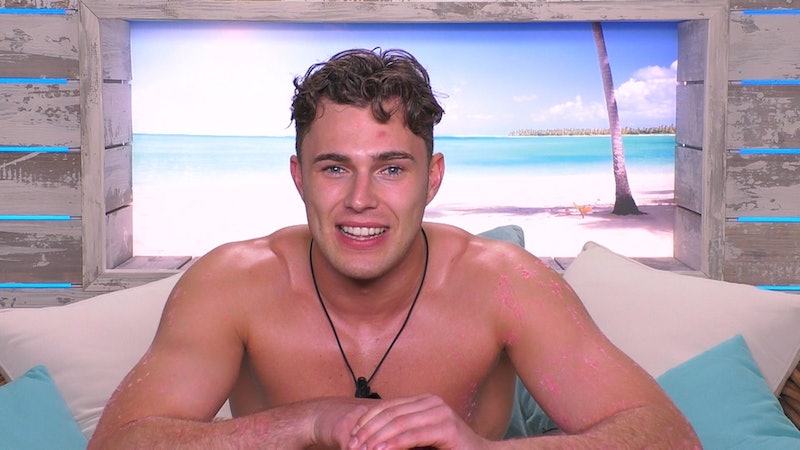 Love Island 2019 is fully underway, and the weekly games, which we allow the contestants to get to know each other better (usually by snogging) have also officially started. And while the Islanders have been in the villa for no longer than 48 hours, they're already discussing favourite sex positions. But newbie Curtis Pritchard, a professional dancer and brother to Strictly's AJ Pritchard, revealed his go-to move is, er, a little more obscure than the usual. And Curtis' favourite sex move broke the internet last night. So what is the eagle sex position?

Let's start with how we got to this risqué revelation in the first place. Pritchard took part in the first Love Island group game, which involved the boys going up against the girls to guess which secrets related to which contestant. The girls successfully guessed that the guy whose favourite sex position was the eagle was in fact Curtis.

"The eagle is my favourite romantic position, we shall say," he later said in the beach hut. "I will leave you all to find that one out yourself because I'm not telling you what it is".

And find out, we did, so much so that certain sexual information websites actually appeared to crash from the search pressure. Website sexinfo101.com even displayed an error message at one point, reading, ""This website is under heavy load (queue full)."

The amount of people wanting to know what the eagle was shot up so significantly, according to the Radio Times the the search term went up a whopping 4000% on Google. Woah.

Twitter reactions to Pritchard's mention of the eagle certainly seem to suggest a peaked interest in the position.

Hoards of Love Island viewers took to the social media platform to share their intrigue, with some seemingly a little disappointed when they discovered exactly what it was.

"Curtis: The eagle is a romantic position. Everybody searches “Eagle” Crashes websites... to find out. It’s MISSIONARY," said one user, while another wrote:

"kind of regret researching the eagle position, blaming curtis for that #lovelsland"

Another user pointed out that Curtis may need to put his money where his mouth is when the Love Islanders have to play the much-awaited annual sex position game:

"Anyone else google 'the eagle sex position' and still trying to work out which one Curtis is talking about? Can't wait for them to play the sex position game to find out!"

So let's settle this once and for all: what exactly is the mysterious eagle position?

Well, The Sun writes that the eagle is "when one partner lies on their back with their legs spread apart, or spread eagle." There are also apparently other variations of the position, including one where the partner on the bed turns onto their front, so basically doggy style with a twist, then.

Website Female First has clear instructions, and even illustrations to explain more about the position, which is definitely one for the flexible among us. That's me out then.