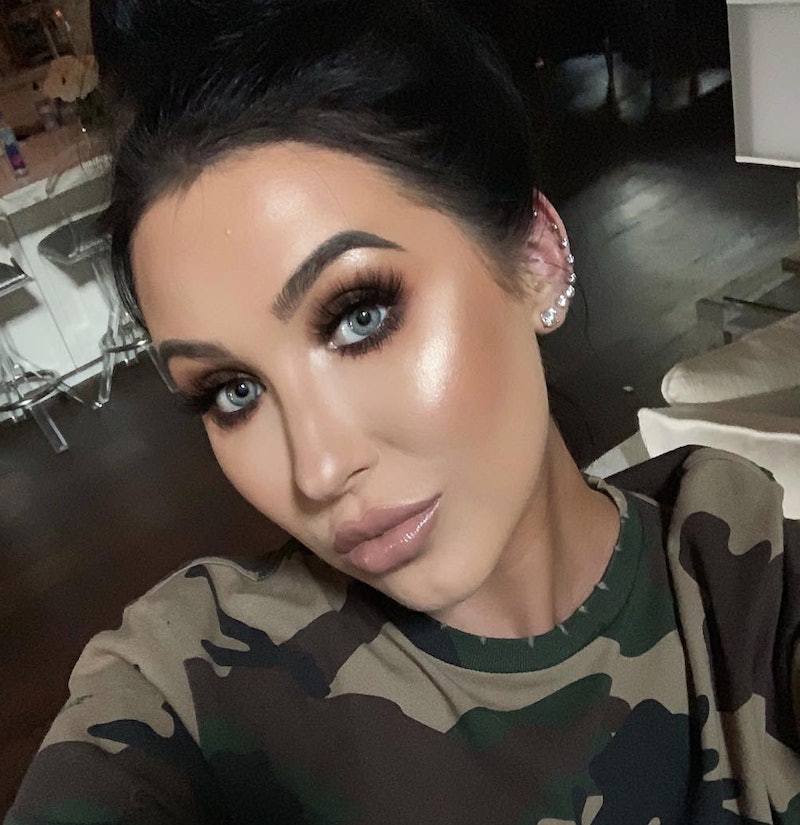 Finally — a somewhat concrete piece of information has been revealed via social media. Jaclyn Hill's first beauty product for her eponymous makeup line has been shared — or, at the very least, has been low key hinted at. The YouTube superstar has been teasing her long-gestating cosmetics line for ages. In a Q+A session conducted with the Jaclyn Hill faithful via her Instagram story, the makeup maven revealed that lipstick will be her debut offering.

OMFG! This is a beauty YouTuber emergency of the best kind. We have intel. We also have questions. Lots and lots of questions.

When a fan specifically asked Hill what will be her first product, she replied with a red lipstick bullet and red lip emoji. Let's analyze that visual clue.

Will it be a red lipstick? A classic, bold, and Old Hollywood red that works with all skin tones? A blue red? An orange red? A maroon red? Will it be matte? Frost? Satin? A stain? A gloss? Anything is possible.

Or will it be an entire collection of lippies, since the red shade is not to be looked into too much or too deeply since that may have been the only lipstick emoji shade available for her to post?

We just don't know. But it's a safe bet that Hill will reveal all via her heavily trafficked social channels eventually.

Hillsters have been pretty much patient to a fault as Hill has dropped a variety of teases about her line for years now.

Last April, she posted a photo of a stunning makeup look, which included sunset smoky eyes.

She revealed all the products that she used on her face — except for her eye makeup. She only teased it with a heart emoji. That subtle move sent followers into a frenzy, speculating about whether or not it was for her line.

In the meantime, Hill has launched several collabs with Morphe, which has lead some fans to wonder whether or not she is financially invested in or part owner of the brand.

She's also close with brand founder Linda Tawil and their partnership is strong.

They dropped the best-selling Hill x Morphe eyeshadow palette, along with The Vaults, which featured shades that didn't fit her main palette. She also issued a lush AF brush set. All of these Hill x Morphe drops have been amazing, affordable, and frequent. So it's not like there is a lack of Hill-backed product. It's just in conjunction with others.

Hill's collab with BECCA was a blockbuster and set the bar for influencer collabs. Fans are itching for her to do an entire line with only her name on it.

It sounds like JHC is still in the works. There is a Jaclyn Hill Cosmetics Instagram with exactly 0 posts and 65,000 followers. The bio reads as follows: "I've been working on this since April of 2014 & want it to be perfect! It will be launching in 2017."

While it's not clear if this is an official Insta that was started and thus forgotten about or created by a fan, it is 2019. We realize that launching a cosmetics company takes time, effort, careful planning, R&D, and isn't to be entered into lightly. That said, the loyal legion of Hillsters is still anxiously awaiting Jaclyn Hill Cosmetics. Now, they can eagerly anticipate Jaclyn Hill-created lipstick or lipsticks. Expect a swift sellout whenever JHC finally launches. Something tells up the influencer will make it worth (the very long) wait.