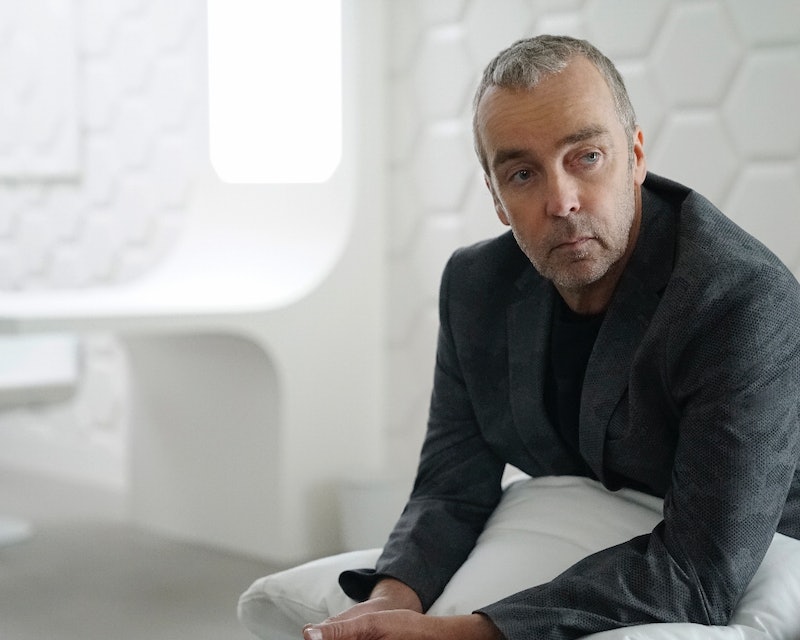 Melinda May is still trapped on Agents of S.H.I.E.L.D. and while Coulson and the team haven't found her yet, we did learn a little bit more about her particular brand of prison. It's not just a simulation that Aida and Radcliffe are keeping her in temporarily, it's a whole world. The "Framework" is Radcliffe's new realm on Agents of S.H.I.E.L.D. and presumably, his ultimate goal.

This appears to be why he wants the Darkhold and maybe why he developed LMD technology in the first place. Now, I would advise him to take a day and quickly marathon the Syfy series Caprica, a prequel to Battlestar Galactica in which detailed virtual reality worlds lead to the creation of cylons that ultimately took over the human world. Just a precaution, sir!

In Tuesday's episode, Coulson and Mack tracked down Agnes, Radcliffe's former partner on whom Aida is modeled. She wasn't quite as creeped out by having been robotified as I would have expected. Turns out, Agnes is suffering from a brain tumor. At the end of the episode, she opts to essentially die while her conscious becomes part of the Framework, thus prolonging her life. It was a sweet moment, but I have to wonder that if this was Radcliffe's motive all along, why didn't he call her first?

There also has to be some catch with the Framework, right? All utopias are secretly dystopias, after all. What's the point of a robotic body, when everyone can enter the Framework, bolts or not? Somehow, I have a feeling that rescuing May might come with a cost for Agnes. Not to mention the fact that May's LMD and Aida might want to have a say in their futures separate from their human counterparts. What started as a way to keep May occupied has become one of the more exciting elements this season on Agents Of S.H.I.E.L.D. and I can't wait to see what other secrets the Framework holds.