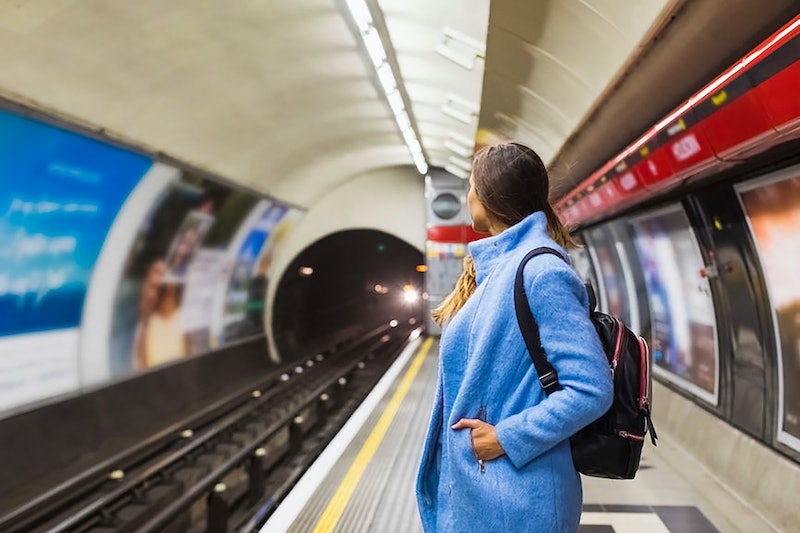 It is a reality for many people that they will work in different cities than where they live and the commute is sometimes just a necessary evil. Delayed trains are the worst and there is nothing that makes you miss your bed more than having to stand under a stranger’s armpit on a packed tube or bus. With it becoming more common for people to have hour long journeys to work, a new study has found this may not be experienced equally between the sexes. So, what is the gender commuting gap? A study by the Office for National Statistics would suggest that it is a very real thing and may have a knock on effect on pay and workplace opportunities.

The Office for National Statistics conducted a study that found that longer commutes are more likely to be made by men, with 61 percent of those who commute for more than an hour in London (where longer commutes are more commonplace) being men. Data shows that this rises for men who live in the east of England as they make up three quarters of those who travel for longer than an hour to work.

The study also found that with the exception of London, women in every region of the UK are more likely to live within 15 minutes of their workplace. The study found that more than half of commutes lasting 15 minutes or less are undertaken by women.

But what exactly does this mean? Is it just that women want to minimise their time spent on public transport in the morning or is there a deeper reason and ramifications?

A similar study to that of the ONS was conducted by the think tank, the Institute for Fiscal Studies. Looking at different data, the Institute of Fiscal Studies researched the differences in commuting times between men and women after the birth of their first child. They found that disparities widen and predicted this is because women are more likely to take on the primary carer role and may need to return home at short notice.

Some economists believe that due to parental responsibilities women’s choice of workplace are limited and they may not be able to go for jobs further away even if they pay more contributing to the gender pay gap. However, it must be noted that there is no direct causal link between the gender commuting gap and the gender pay gap.

Researchers from the Institute of Fiscal Studies said, “if mothers consider jobs within a smaller locality than fathers, then employers will face less competition from other employers when hiring mothers than when hiring fathers. This may give employers bargaining power and enable them to hold down the wages of mothers more than the wages of fathers.”

However, research would suggest that whilst the gender commuting gap is a very real thing, it comes at a time where we are all commuting for longer than we used to. A study by the Trades Union Congress found that one in seven workers spent at least two hours commuting in 2015. That was an increase from one in nine in 2010. The research found 35 percent more women spent longer commuting, and 29 percent of men. Speaking to the Guardian Phil Flaxton, the chief executive of Work Wise UK said:

“Long commutes have become part of the UK’s working culture. The excessive time spent commuting is one of the main factors contributing to work-life balance problems. Not only is the amount of time commuting an issue, the nine to five culture with its peak travel times generates congestion on the railways, underground and road networks, and as a consequence increases stress for commuters.”

So, whilst we all may be making the sacrifice to commute for longer to work in the mornings the gender commuting gap is a very real phenomenon. Whilst the gap is getting narrower, as ONS data found women in the capital are increasingly more likely to undertake longer commutes than a few years ago, it would be interesting to see what the implications of the gender commuting gap had on the gender pay gap and stress levels. Because we all know the rage caused by cancelled trains when all you want to do is get home.