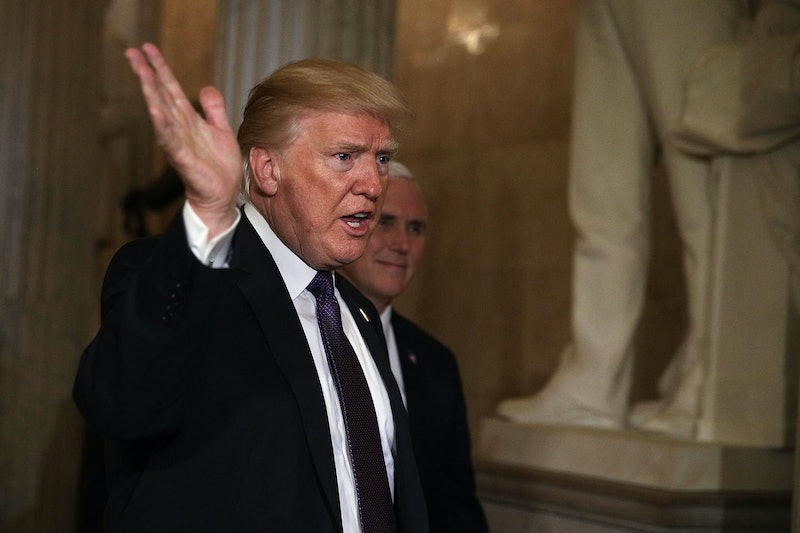 The Federal Communications Commission moved on Thursday to radically alter federal subsidies that many low-income families depend on for internet access. Lifeline is a decades-old federal program begun under President Reagan to help low income families pay for phone services; last year, the program was extended to include broadband internet as well. But in a partisan split vote of 3-2, the FCC voted yes on proposed changes that hurt low income families by reducing internet subsidies, instituting a lifetime cap on Lifeline's financial benefits, and potentially decommissioning broadband lines in rural areas altogether.

Offering defense of the changes, FCC Chairman Ajit Pai cited "waste, fraud, and abuse" in the program outlined in a report by the GAO, or Government Accountability Office. The proposed changes will also push more control of Lifeline to states, a widespread policy goal for many conservatives.

In addition to the general subsidy cuts and lifetime cap, the FCC's proposals include eliminating an extra $25 per month subsidy to people living on tribal lands.

One of the most obvious potential downsides of the FCC's changes could indeed be furthering the digital divide, the term used to denote how a lack of access to key technologies can entrench inequality. FCC commissioner Jessica Rosenworcel, one of Thursday's "no" votes, referenced the concept in a tweet listing many of the groups who benefit most from Lifeline, including "[s]tudents, veterans, elderly, single moms, tribal residents [and] homeless youth."

The digitial divide is a real problem. For example, if low income students are unable to complete homework that requires internet access, they can quickly fall behind. Or take the case of single parents who may want to puruse an online degree but can't afford the monthly internet bill — that can discourage or bar them from a college degree altogether.

But there are more immediate benefits of the program that some cite as life-saving. According to Lifeline Facts Campaign, one Georgia Lifeline provider reported an average of 780 emergency calls a day by its customers in 2012 alone. Without access to wireless phones through Lifeline, many of those individuals may have been in grave danger with no way to contact emergency help.

Given Pai's previous public statements on the need to bridge the digital divide to rural areas specifically, one proposed change made Thursday is particularly puzzling. In September, Pai traveled through several urban and rural areas in a handful of Midwestern states with the explicit goal of finding a solution to their lack of reliable broadband internet access. Reflecting on his trip, Pai wrote he felt "more hopeful about our nation's future and the potential for high-speed Internet connectivity to help revitalize parts of our country facing economic challenges."

But the FCC made a step towards the possible decommission of aging lines in rural areas altogether, without any requirement that they be replaced. As Klint Finley writes at Wired:

The proposed rule changes ... would streamline the process for companies to decommission old infrastructure, leading to concerns that instead of upgrading copper networks, the companies will simply declare that mobile phone and internet services are adequate replacements.

Pai did not appear to think this criticism valid, pointing out that any broadband line decommissioning would still have to get the FCC's approval.

And some Democrats had a wholly different read on the FCC's changes. Wisconsin Rep. Gwen Moore ripped the FCC for appearing to privilege rural communities over their urban counterparts who also benefit from Lifeline.

You can't just say, we're going to carve out one section of the country, and be concerned about rural areas where there are white citizens, and ignore urban cities.

But based on the proposals themselves, it looks plausible that Lifeline customers in both rural and urban areas will be hurt by the FCC's proposed rule changes. For anyone interested in letting the FCC know how they feel about these potential threats to low income families' and individuals' internet access, Free Press is offering a kind of cheat sheet with phone numbers and a script.

More like this
5 Ways To Stand In Solidarity With Women In America From The UK
By Sophie McEvoy
How To Fight For Reproductive Rights, Based On How Much Time You Have
By Courtney Young
The Families Of Grenfell Tower Are Still Waiting For Justice, Five Years On
By Bustle UK
How To Protect Your Digital Privacy If You Need An Abortion Post-Roe
By Kaitlyn Wylde
Get Even More From Bustle — Sign Up For The Newsletter