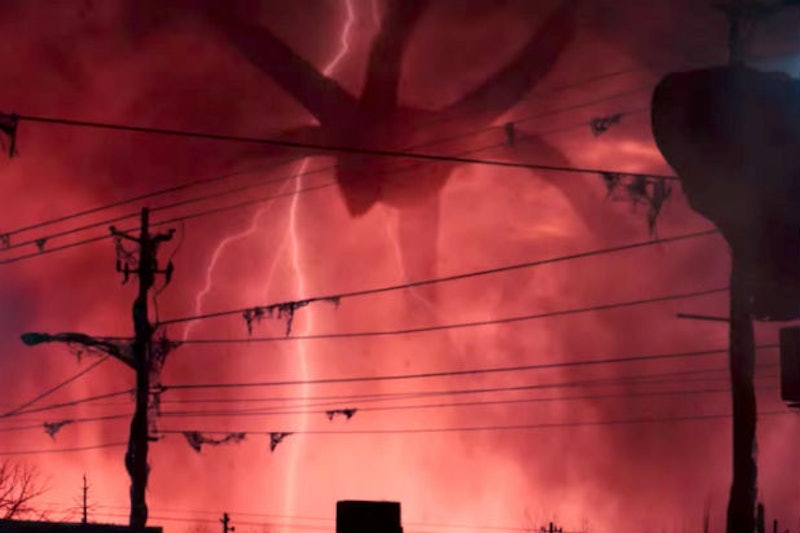 Spoilers ahead for Stranger Things 3. After what has seemed like an eternity, Stranger Things 3 is finally available for your binging pleasure. The Hawkins gang looked and felt a lot different as they dealt with normal life changes this season like love, dating, understanding the opposite sex, and the inevitable shift in friendships as the years go by. And, they weren’t the only ones who were different this season. Stranger Things 3 brought back The Mind Flayer and expanded the monster’s abilities in a way that might make some fans’ skin crawl.

At the end of Stranger Things 2, Eleven had seemingly gotten rid of the Upside Down foe for good by closing the last major gap between their worlds and Will was mostly back to normal. But, leave it to adults to not leave terrible things that can destroy the world alone. A Russian organization cracked the opening and the Mind Flayer was able to seep back into Hawkins yet again — and this time it was on a mission to destroy El for good.

After discovering the Mind Flayer's return, the kids believed that it seemed to work in conjunction with the entity that took over Will to create what they called the Flayed — people who had basically become possessed to recruit others into the group. So, the monster is like an evolved hybrid of the slug-like creature that was once inside of Will (who can sense its presence this season) and the Mind Flayer itself.

This massive mound of flesh and evil never got an official name, but it was clear that the Mind Flayer was behind it all.

Ultimately, the goal was to build a Flayed army so big that Eleven couldn’t contain it so the Mind Flayer could finally take over. In the end, all of the core characters and expanded/new ones like Erica, Robin, and Murray came together with a complex plan to close the gate once again, but it came at the loss of many lives, including everyone who was a part of the Flayed.

Stranger Things 3 expansion of the Mind Flayer’s powers was a clever upgrade for a couple of reasons. It gave the monster a chance to turn virtually anyone, whether it was an old woman or a teen who was already a jerk, into a threat and was a way to keep the same overall villain without the ongoing arc becoming stale. This was a solid way to tie in and further develop Will's arc in Stranger Things 2 and still keep pace with the ultimate question — Will Eleven ever kill the Mind Flayer for good? The Mind Flayer is a major character in this series and Stranger Things 3 really gives it an arc, motivation, and a voice.

For now, the Mind Flayer’s threat has been contained but everyone knows that it will return and come for more blood. And, fans are probably already anticipating how the Mind Flayer’s powers will develop to raise the stakes even more in Stranger Things 4.

More like this
Does 'Locke & Key’s Ending Mean There Could Be A Season 4?
By Sophia Moore
Netflix Just Rebooted A Classic ‘90s High School Drama
By Maxine Harrison
Sadie Sink Almost Wasn’t Cast On 'Stranger Things'
By Frances Stewart
Everything To Know About Netflix’s 'Never Have I Ever' Season 4
By Jack Irvin and Gabrielle Bondi
Get Even More From Bustle — Sign Up For The Newsletter