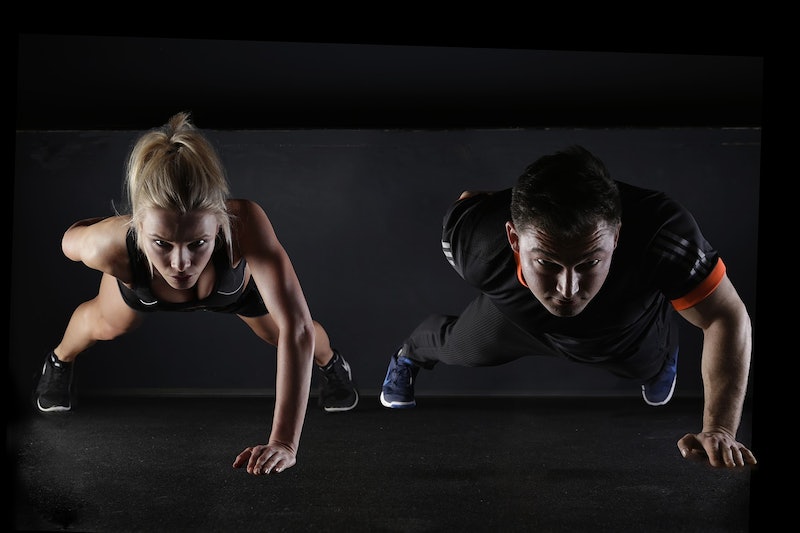 If you're into fitness, and you're looking for a meaningful way to honor soldiers who sacrificed their lives this Memorial Day, check out the Murph Challenge. Just what is the Murph Challenge? This unique Memorial Day tradition is an ultra-intense workout that takes place throughout the United States, and is the annual fundraiser of the Lt. Michael P. Murphy Memorial Scholarship Foundation.

Lt. Murphy, despite being severely wounded, relayed the position of his unit, an act that ultimately led to the rescue of Hospital Corpsman 2nd Class Navy SEAL Marcus Luttrell, and the recovery of the remains of the three other SEAls who were killed in a 2005 battle with the Taliban in Afghanistan, according to the Murph Foundation website.

To honor Lt. Murphy, and raise money for scholarships in his name, a not-for-the-faint-of-heart workout dubbed the Murph Challenge was conceived. The challenge includes a one-mile run, 100 pull ups, 200 push ups, 300 squats, and second one-mile run — all while wearing either a 20 pound vest or body armor. Clearly this workout is hardcore. Here's how it works.

"Beginning on Memorial Day, each registrant will be asked to return to TheMurphChallenge.com and submit their ‘MURPH’ time to compare their achievement with other participants throughout the U.S.," the Murph Challenge website explained. "All times submitted will be displayed on a national leaderboard found at TheMurphChallenge.com. From that board, the top five men and top five women will be recognized for their efforts."

Actors and Murph Challenge supporters John Krasinski and Chris Pratt took to Twitter to explain the event in a short video.

Those participating in the Murph Challenge also tweeted to show their support, and included photos of themselves doing the challenge.

As the daughter of a Vietnam veterans who died in 2008, I think this is an especially productive way to honor fallen soldiers while raising money for a worthwhile cause that's currently under threat — education.

The Murphy Foundation website explained that Lt. Murphy's was extremely passionate about education.

"The Lt. Michael P. Murphy Memorial Scholarship Foundation was started in 2007 by Michael’s parents Dan and Maureen and Michael’s brother John," the website noted. "Michael was an avid reader and felt that education was key, in fact his favorite saying was 'Education will set you free.' That is why the Murphy family used their own funds to start the foundation."

According to the Murph Challenge website, over the last three years, Forged (which presents the challenge and began as a way to create tribute shirts to raise money for a wounded soldier) has raised nearly $800,000 for the Lt. Michael P. Murphy Memorial Scholarship Foundation through the Murph Challenge campaign.

"With such overwhelming support and success, the foundation was able to add four additional scholarships in 2016, now providing the opportunity to award 22 or more scholarships each year," the website stated.

Are you up for the challenge? Register on the Murph Challenge website.

More like this
5 Ways To Stand In Solidarity With Women In America From The UK
By Sophie McEvoy
How To Fight For Reproductive Rights, Based On How Much Time You Have
By Courtney Young
How To Use Less Plastic To Help The Planet
By Carolyn Steber
Why You're Seeing Green Bandanas At Abortion Rights Protests
By Lexi Inks
Get Even More From Bustle — Sign Up For The Newsletter