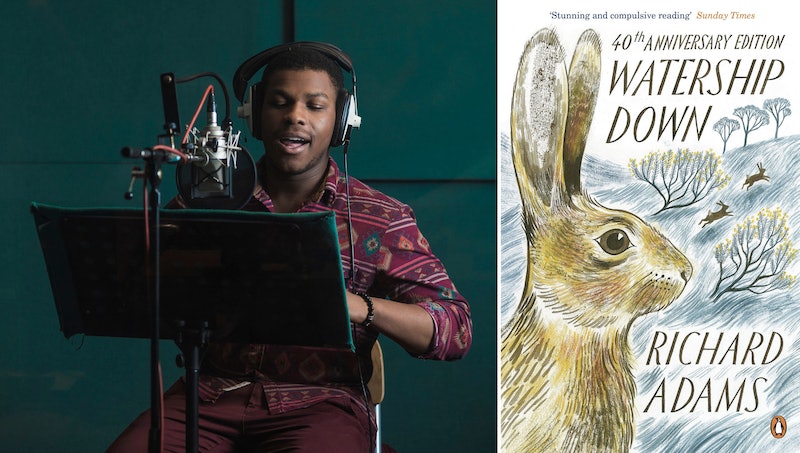 An animated TV programme about rabbits doesn't sound like it could be in any way horrifying, but Richard Adams' tale of a group of rabbits trying to find refuge scarred a generation of children in the '70s. Notable for its graphic violence against the cuddly animals, many critics viewed Watership Down as a tale with a hidden message. But what is the real meaning of Watership Down?

As the Guardian reports, the idea for the book came to Adams when his two daughters asked him to entertain them during a long car journey. It was eventually published in 1972 and transformed into an animation in 1978 and is now set to return to TV screens in a less gory remake commissioned by the BBC and Netflix.

The plot follows Fiver, a young rabbit who predicts the future through the visions he receives. When he sees his warren being destroyed, he tries to warn the rest of the rabbits and urges them to evacuate. They don't listen so he, his brother Hazel, and nine other rabbits decide to leave to find a safe place to live.

Their journey becomes increasingly dangerous as the story goes on with threats like murderous humans and dictatorial rabbits emerging from every corner. Eventually, they find a safe haven called Watership Down but, without ruining the ending, the tale doesn't end there.

For years, many have believed that Watership Down had a secondary, and much deeper, meaning. The dictatorial elements have been described as a metaphor for communism while some viewers have even likened the entire story to a take on Christianity.

Adams unfortunately passed away in 2016 but his two daughters have now revealed the real meaning of their father's most famous creation. “Honestly, the stuff we got through the post from fans about what they think the book is about,” Rosamond told the Radio Times. “‘Is Woundwort an allegory of Stalin?’ ‘Is Hazel Jesus Christ?’ It shows that people really connect with the story, they really think hard about it, but it cut no ice with Dad. ‘Rubbish!’ he always said. ‘It’s just a story about rabbits.’”

Adams' other daughter Juliet added that her father "didn't like the way people babied children, lying to them about death and so on. We're destroying the environment and endangering all the animals — I think it would be strange to ignore that."

The fact that the animated tale is what it says on the tin may irritate critics but it's a line that Adams has been peddling for a few years. In 2015, he told The Guardian: “It was meant to be just a story, and it remains that. A story, a jolly good story I must admit, but it remains a story. It’s not meant to be a parable. That’s important, I think. Its power and strength come from being a story told in the car.”

It's hard to ignore that there are echoes of military life in the story. Aside from the dictatorship that appears towards the end of Watership Down, a Guardian critic believes the book was inspired by Adams' war experiences in the Middle East. After all, the language that the rabbits speak, Lapine, does appear to have references to Arabic speech.

The BBC adaptation, which will air in two parts, stars a stellar cast. Nicholas Hoult, Gemma Arterton, John Boyega, James McAvoy, Olivia Colman, and Anne-Marie Duff have all lent their voice to the animated production.

In an interview with the Mirror, Arterton described the remake as a "harrowing wake-up call to get us to look at what we are doing to our environment and society. It's an epic beautiful story but it's filled with tragedy as well."