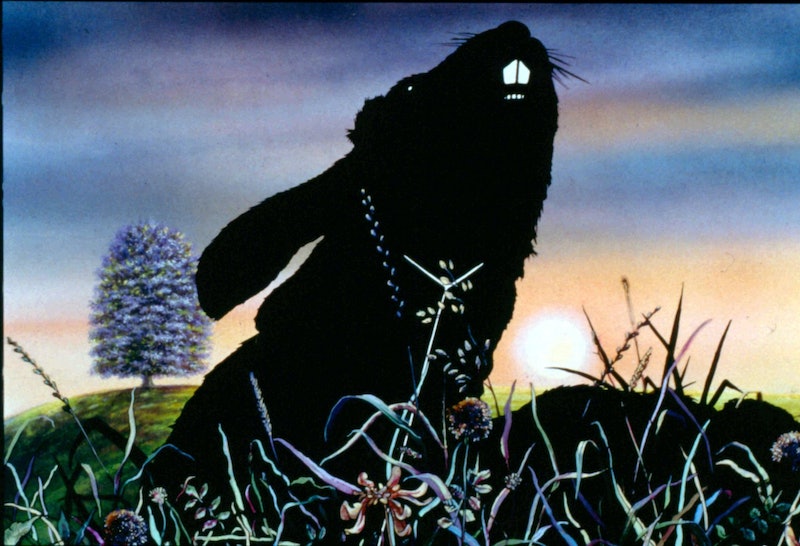 2016 claimed the lives of dozens of beloved celebrities, and the Black Rabbit finally came for 96-year-old Watership Down author Richard Adams on Dec. 27. Thankfully, as a writer, Richard Adams left behind many fantastic quotes and stories to remember him by, and I've got 11 great bites of writerly wisdom for you below.

Richard Adams was born on May 9, 1920 in Berkshire. He did not begin writing until 1966, when he began telling his young daughters the story of a rabbit warren during a road trip. After his children begged him to write down the tale, Adams spent years creating what would become his most famous novel, Watership Down, and its success would allow him to begin life as a full-time writer in 1974. Adams followed up with a sequel, Tales from Watership Down, in 1996.

Watership Down has been adapted numerous times since its publication in 1972. A 1978 animated film starring John Hurt and Nigel Hawthorne is arguably the most iconic Watership Down adaptation, and has been added to the Criterion Collection. An animated children's TV series ran in Canada and the U.K. from 1999 to 2001, and a new TV series from Netflix and the BBC is scheduled for release in 2017.

Check out some of Richard Adams' best quotes from Watership Down, Shardik, and more below, and share your favorites with me on Twitter.