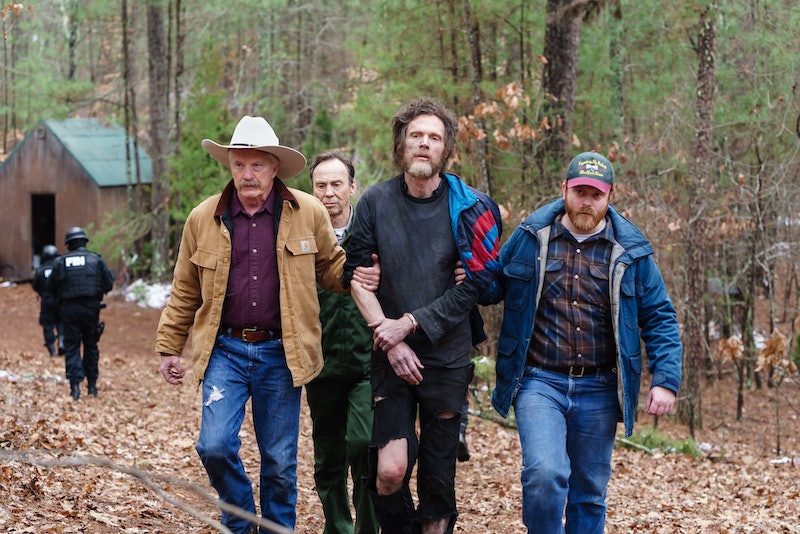 Discovery series Manhunt: Unabomber will attempt to adapt in just eight episodes the many years FBI profiler Jim Fitzgerald spent hunting for the Unabomber, one of the US' most notorious killers. One of the turning points in the years-long hunt to find the Unabomber and figure out who was behind the mail bombings around the US, was the publication of the Unabomber Manifesto, a 35,000 word essay written by the Unabomber, later learned to be Ted Kaczynski, about the political philosophies he claimed motivated him to perform his acts of domestic terrorism. The Unabomber Manifesto was printed in The Washington Post and The New York Times in its entirety in 1995. As a Washington Post editorial note posted before the text of the manifesto said, "The author threatened to send a bomb to an unspecified destination 'with intent to kill' unless one of the newspapers published this manuscript. The Attorney General and the Director of the FBI recommended publication." (In 1998 Kaczynski plead guilty to 16 bombings and was sentenced to life in prison without parole.)

The manifesto itself is largely concerned with how society is affected by technology, particularly modern, industrial technology. Titled "Industrial Society and Its Future," Kaczynski began with these claims:

The Industrial Revolution and its consequences have been a disaster for the human race. ... They have destabilized society, have made life unfulfilling, have subjected human beings to indignities, have led to widespread psychological suffering ... and have inflicted severe damage on the natural world.

Kaczynski argued that "revolution" that would trigger a complete technological breakdown was the only solution.

The publication of the manifesto led Dave Kaczynski and his wife Linda to report to the FBI that they believed Ted Kaczynski, Dave's brother, could be responsible for the bombings, according to The New York Times. "Someone we love went over the edge — or so it seems. The horror is with us now, and I very much doubt that it will ever leave us completely," Dave said to The NY Times after his brother was captured as a result of the information he gave to the FBI. In a 2016 interview with 20/20 on ID Presents Homicide, Dave Kaczynski explained how reading the Unabomber Manifesto led him to believe his wife's suggestion that the bomber might be his brother. "On an emotional level, it just sounded like my brother's voice," Dave said. "You know, it sounded like the way he argued, the way he talked, the way he expressed an idea." He credited his wife's decision to come forward. "I don't know if Linda understands how grateful I am to her for what she did, for her courage. Linda saved lives," he said.

The circumstances of the manifesto's release led to Ted Kaczynski being recognized as the Unabomber, but the wide publication of his message has led some to become fascinated by it. Professor Jean-Marie Apostolidès has published a French translation of the Unabomber Manifesto and according to The Stanford Report, was writing Of Ink and Blood: The Writings of Theodore Kaczynski, as of 2010. According to The Stanford Review, Apostolidès sees Kaczynski as "a direct heir of the anarchists of the late 19th and early 20th centuries," but does qualify that it is "too late" for Kaczynski's anti-technology stance to be reasonably implemented. "I do not agree with his ideas, let alone his means to spread them," Apostolidès said.

Manhunt: Unabomber will be focused on the hunt that caught the Unabomber, not the aftermath of how the publication of his ideas continue to affect those who read it. But the Unabomber Manifesto will fittingly be featured in the series, because it is a huge part of the story of how Ted Kaczynski was eventually captured.

More like this
Anthony Templet Wants To “Live Normally” After Killing His Father
By Brad Witter
We’ve All Had Bad Sex. Nona Willis Aronowitz Is Talking About It.
By Sophia Benoit
10 Must-Read New Books Out This Week
By K.W. Colyard
Jennette McCurdy’s First Kiss On 'iCarly' Didn’t Go As Planned
By Bustle Editors
Get Even More From Bustle — Sign Up For The Newsletter