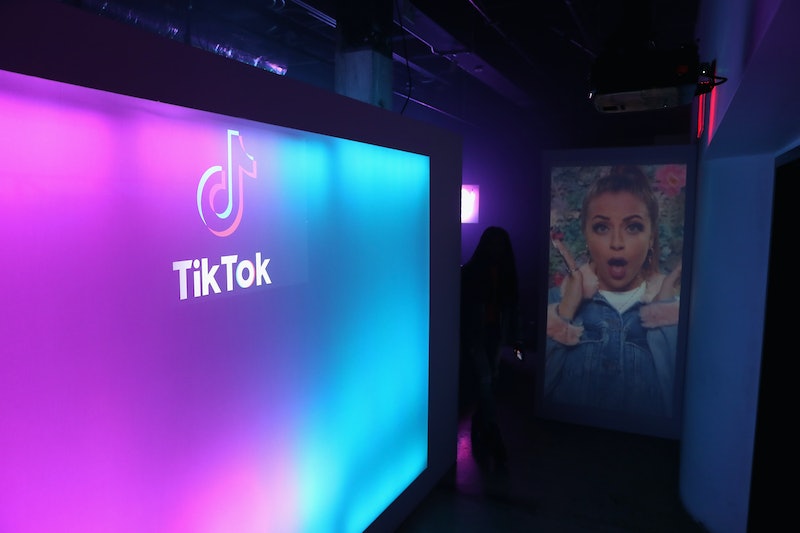 If you're over the age of 18, you'll want know to what TikTok is, because the new(ish) app is moving from the school yard to the water cooler as the twentysomethings start to catch on to the new phenomenon. If you're new (or just over the age of 18), TikTok is a short-format video app that allows users to create fast, fun content and set it to music. If it sounds similar to musical.ly, it is. So similar, that instead of competing with each other, in August the companies announced that they were merging to create one super duper content creation platform, that would just be called TikTok.

If you guessed that the cool kids and tweens and teens of the world are obsessed with the app, you'd be correct. In a press release, Alex Zhu, co-founder of musical.ly, and Senior Vice President of TikTok (which hit 500 active monthly users in July) said "musical.ly recently reached a new milestone of 100 million monthly active users and we are excited to enter into a new chapter," going on to say essentially that together the two companies will continue to undergo exponential growth. For comparison sake, Instagram is reported to have one billion active monthly users, and Snapchat is reported to have 188 million active monthly users.

Based on numbers alone, Tiktok is definitely in the running with the big dogs. But while its usership might be impressive in numbers, its platform serves a different purpose than Instagram and Snapchat. Tiktok is more geared toward content creators, while Instagram and Snapchat are geared more towards the general social media public. For example, though all of the apps are geared towards a youthful market, you wouldn't be surprised to find your boss on Instagram, whereas you most definitely would be surprised to find your boss lip synching or flossing on TikTok. That's because TikTok is more of an entertainment platform than a lifestyle or social supplement. While active communities persist on both apps, they do technically serve different utilities.

As for what the app is actually like? Imagine this: Vine was resurrected from the dead but came back a little funky, as zombies often do. Then it started cranking out memes in the form of videos and playing them against top 100 songs while mini-millennials lip sync to it all — yeah, it's like that! To best understand the digital mayhem that is TikTok, you'll have to watch a video:

At first you're like "what is this crazy thing?" and then a few hours later you're singing along to commercials you've never seen, dancing with people you've never met and lip syncing dialog that might be from an old Vine, but also might be from a TV show but really you have no idea.

TikTok is weird, funny, and totally addictive. You'll love to hate it, hate to love it, and be completely unsurprised when it's active users reach one billion. Despite how wild this app community might appear at a glance, as per the press release, this app's mission is to empower creativity, which it most certainly does. TikTok is available globally via the App Store or Google Play stores. Existing musical.ly users will be automatically upgraded to TikTok when they update the current app.