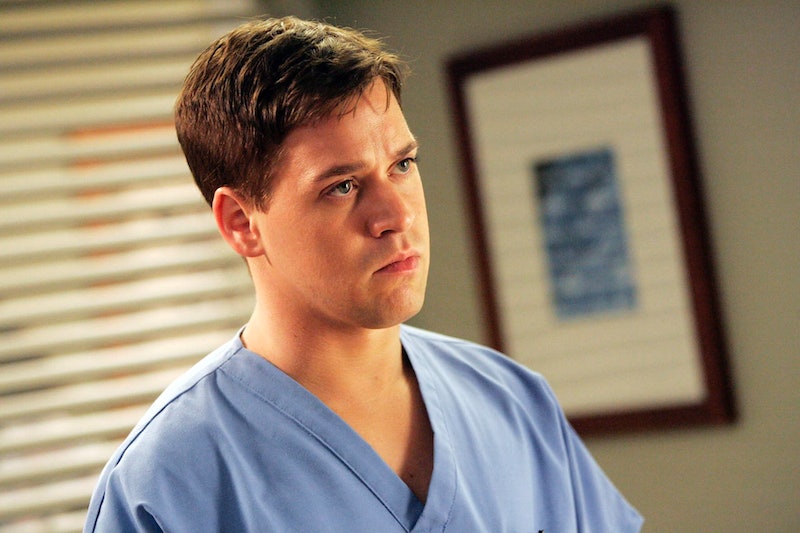 Bambi. 007. George O'Malley. Whatever name you called him by, the character played by T.R. Knight was an integral part of the early years of ABC's long-running medical procedural. And now, as it approaches its landmark 300th episode, fans may be wondering what Grey's Anatomy's T.R. Knight is doing now. If you've been watching the primetime soap since its inception, some of your most formative memories of the show — both good and bad — probably involve George: heart surgery in the elevator, helping Bailey deliver her baby, the relationship forever known as "Gizzie" (*shudder*), and of course, that heartbreaking Season 5 finale.

Knight was only the second member of the original cast to depart the series, following Isaiah Washington, who played Preston Burke — and with whom Knight famously clashed with on set, leading to Washington's firing after he used a slur against his openly gay co-star. But nothing behind the scenes could match the drama of George's life on the screen, which was tragically cut short after he decided to join the military… but was killed before he could enlist after throwing himself in front of a bus to save a stranger. The scene in which Meredith realized the "John Doe" she was operating on was actually her close friend and colleague is still one of Grey's Anatomy's most gut-wrenching moments.

But what has Knight been up to since George met Izzie in that elevator to heaven back in 2009? Although the actor hasn't had a series regular role on a television series since Grey's, the past eight years have been busy ones for him nonetheless. Aside from a one-episode stint on Law & Order: SVU playing twin brothers, Knight has also had recurring roles on five different acclaimed shows.

His first major post-Grey's gig was on CBS' The Good Wife, on which he appeared throughout Season 4 as Jordan Karahalios, Peter Florrick's campaign manager and Eli Gold's chief rival. Next, he appeared on Hulu's Stephen King adaptation 11.22.63 as Johnny Clayton, the abusive ex-husband of Sarah Gadon's Sadie. Knight returned to Shondaland earlier this year when he joined Season 2 of ABC's The Catch, recurring as Tommy Vaughn, the insufferable brother of Mireille Enos' Alice.

Knight's feature film credits are not quite as lengthy as his TV resumé, but he has appeared on the big screen a few times since departing Grey's: first in the Jackie Robinson biopic 42, then in the indie film A Year And Change alongside Bryan Greenberg (The Mindy Project) and Jamie Chung (Once Upon A Time), and most recently in Hello Again, an adaptation of the musical of the same name that also stars such Broadway heavyweights as Audra McDonald and Cheyenne Jackson — it just opened in limited release on Nov. 8.

Speaking of Broadway, much of Knight's acting since Grey's has actually been on stage. He has appeared in over a dozen readings, regional productions, off-Broadway shows, and Broadway plays in the past eight years — most famously the revival of Terrence McNally's It's Only A Play, which also starred F. Murray Abraham, Matthew Broderick, Nathan Lane, Stockard Channing, Megan Mullally, and Rupert Grint in his Broadway debut (with Knight replacing Grint after the Harry Potter star departed the production).

Grey's fans may still miss George O'Malley… but it's good to see that Knight has been doing just fine since checking out of Grey Sloan Memorial Hospital.