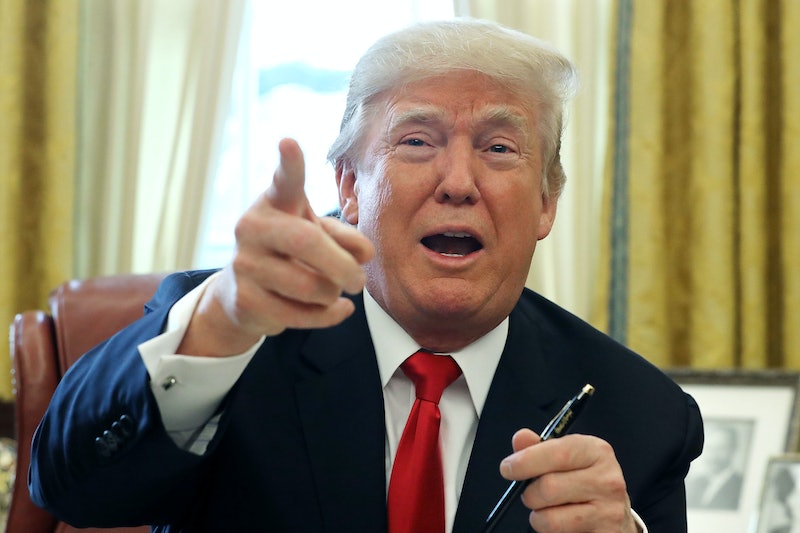 Of all the issues that will continue to face America and the world in 2018, perhaps none is quite as existential or huge as climate change. And yet, prior to entering politics, President Donald Trump repeatedly questioned the overwhelming scientific research and consensus behind climate change and the threat it poses. Nonetheless, however, a prominent ally is trying to dispute that Donald Trump is a climate change denier, specifically former White House communications director Anthony Scaramucci.

Scaramucci, to be clear, never technically began the job, being named and introduced to the nation before being fired just 10 days later. But he's been a stalwart defender of the president throughout, and he showed that once again on Sunday morning. In an interview with CNN's Dana Bash, Scaramucci suggested that despite Trump's history of derogatory and deriding statements regarding the validity of climate change, his actual views on the issue might "surprise" anyone who heard them.

"I love the president's sense of humor," Scaramucci said, in response to a recent Trump tweet mocking the notion of climate change. "But I also think he's saying something else, and I think you guys should ask him directly if he's a climate change denier or not, I think you'll find you're surprised by that answer."

On Thursday, Dec. 28, Trump tweeted the following, openly rooting for climate change in the face of a bitterly cold winter in the nation's capital. Specifically, he suggested that the east coast could "use a little bit of that good old global warming."

Scaramucci is not the only Trump official ― or in this case, ex-official ― to insist that the president holds an unreported belief in climate change that counters some of his past public statements.

In fact, UN Ambassador Nikki Haley had done much the same thing, telling CNN back in June that Trump "believes the climate is changing," and "believes pollutants are part of the equation."

To hear Trump tell it, however, he's not so convinced. Back in 2012, he tweeted what's likely his most memorable and incendiary take on the climate: he claimed that the whole concept was concocted by the Chinese to disadvantage the American economy.

In the winter of 2015, he used a very similar line to the one he deployed last week, commenting that the east coast could "use a big fat dose of global warming." It's important to note that climate change deniers who point out incidents of cold weather to make their case are crucially misrepresenting the understood nature of the phenomenon.

As the planet warms, scientists say, the climate becomes more vulnerable to extreme, unpredictable weather events potentially both in the form of scorching heat, or torrential downpours and storms. Furthermore, scientists are generally wary about trying to chart the effects of climate change from one year's weather to the next, given that it's a very long-term progression.

The reasons for skepticism on Trump's views don't stop there. He also chose former Oklahoma attorney general Scott Pruitt to serve as EPA administrator; Pruitt has his own history of climate change denial, and sued the agency he know runs multiple times over its environmental regulations.

Furthermore, Trump intends to pull the U.S. out of the Paris climate accords, against the wishes of countless politicians, corporations, activists, and his own eldest daughter, Ivanka. Once held up a possible moderating force within her father's administration, Ivanka has in recent months sought to downplay expectations of her influence, amid decisions on the climate and on transgender issues that cut sharply against her own ostensible views.

In short, if Trump is hiding some sort of environmentalist, climate change-aware attitudes deep inside himself, that certainly hasn't been on public display. To the contrary, he's often been quick with a quip or quote that makes his disdain for the entire idea pretty apparent.