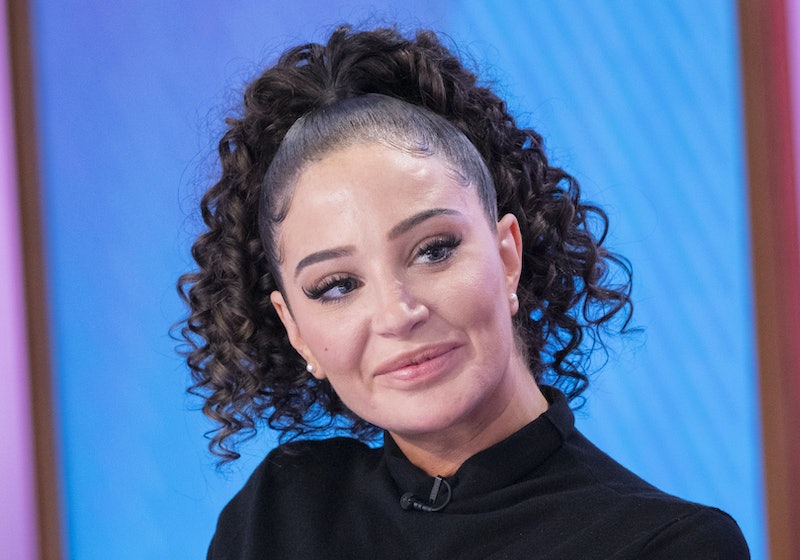 Lady Gaga is known to love a collaboration. Her last record – Joanne, released back in 2016 – was produced by Mark Ronson, featuring tracks with Florence Welch, Josh Homme, and Beck. And it seems we can look forward to more of the same for her latest album, Chromatica, dropping 10 April. The roll call of names includes LA songwriters and producers Ty Dolla $ign and Tobius Gad, while K-Pop group Blackpink and Grimes are also rumoured to be involved – as well as a couple of surprise wild cards. It's been reported that Lady Gaga may have worked with Tulisa and Dappy (formerly of Noughties British hip-hop group N-Dubz) on Chromatica, too.

The news was discovered by Lady Gaga fans – aka 'Little Monsters' – on Twitter, after two new songs were registered on the GEMA music database (set up to help songwriters, composers and music publishers obtain royalties). Tulisa’s full name, Tula Paulinea Contostavlos, appears next to the tracks ‘Chances’ and ‘Feels So Good’. While on the latter, her cousin Dappy (Costadinos Contostavlos) is also listed as a songwriter.

While it’s “not yet clear whether the songs will make it onto the finished record,” Tulisa recently confirmed her involvement during an appearance on ITV's Loose Women. “I’m really excited about it, that’s all I can say, but I don’t want to say too much until the album’s out because I don’t want to jinx anything,” she told the panel. “All I can say is that it’s a really exciting time.” It's not yet confirmed whether the material is newly written, or reworked samples of N-Dubz's old songs.

Tulisa was on Loose Women to address how she’s learned to love herself again after being trolled online for her appearance. “Even just coming on today and talking about it from my own perspective, I think it’s such a big issue in general with this current generation. It’s not just celebrities, it’s young people going through it.”

Tulisa also discussed her Bell’s palsy diagnosis. “There have been times where people have criticised me for the way I look and my face, not knowing that I’m actually going through a Bell’s palsy attack.”

In reference to the impact of social media on society, she said:

“We’re all becoming a bit detached. Everything used to be so personal, you’d have to pick up the phone or write a letter if you wanted to speak to someone or see someone. And now we can send messages good or bad to someone we’ve never met on the other side of the world, and even though we’re more connected than ever, we’re more disconnected.”