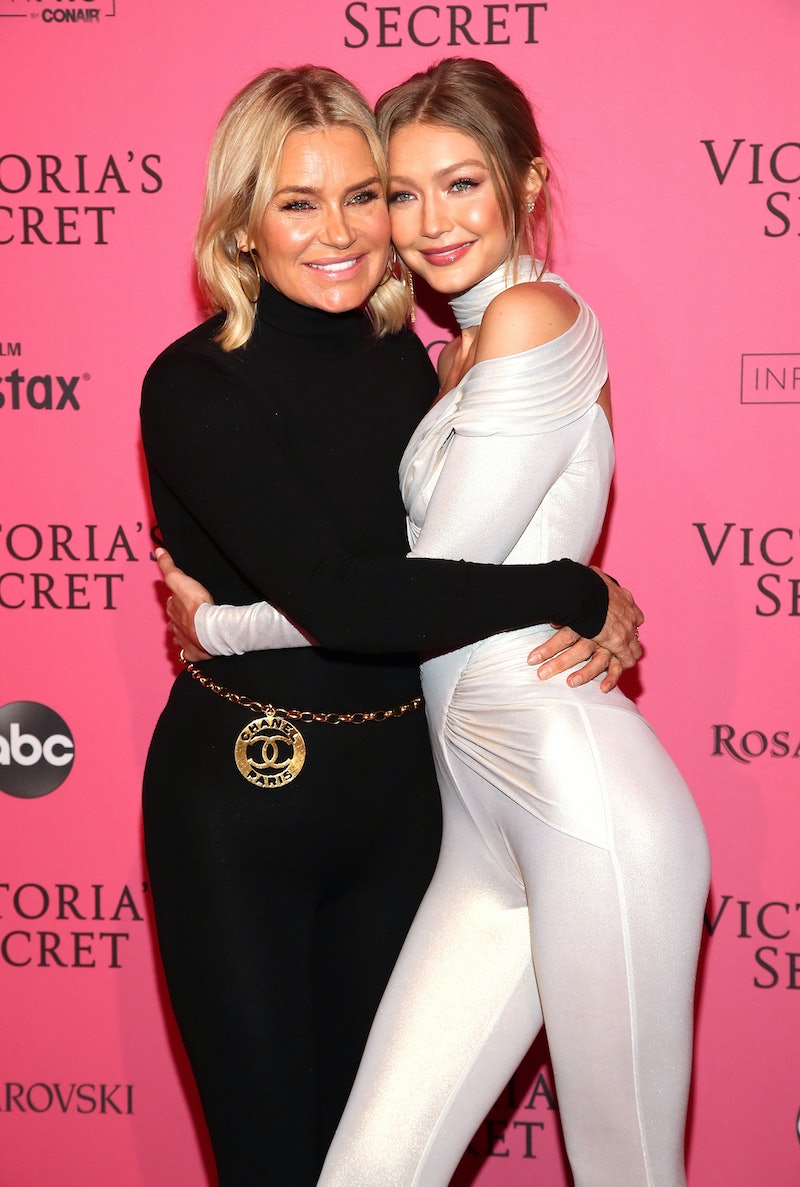 Yolanda Hadid strolled onto the third season of The Real Housewives of Beverly Hills with an abundance of lemons, a strong devotion to then-husband David Foster, and the most amazing refrigerator ever seen on TV. She stayed on RHOBH through Season 6, chronicling her friendships with the housewives, her children, Gigi, Bella, and Anwar, and her battle with Lyme Disease. And as for what Yolanda Hadid is doing now, well, save for her friendships with the Real Housewives, her focuses haven't changed much.

Ever since leaving the show and subsequently splitting from Foster, Hadid retreated into a more private life while still pursuing many projects. Aside from supporting Gigi and Bella's burgeoning careers, she wrote a book in 2017 documenting her experiences with Lyme disease entitled Believe Me — a possible dig at some of her RHOBH castmates doubting her Lyme diagnosis during Hadid's last season.

A year later in 2018, she combined her expertise as a mother to supermodels and a former model herself to create Making A Model with Yolanda Hadid, a short-lived Lifetime reality series that saw her coach aspiring teen models — and their overbearing "momagers" — with one of them getting to sign with IMG, the world's largest modeling agency. It was as if America's Next Top Model and Dance Moms created a Real Housewives-inspired spin-off.

Today, when Hadid is not on her Pennsylvania farm, she's accompanying Gigi and Bella as they walk fashion shows around the globe. She even returned to the runway herself at Virgil Abloh's Off-White Fall 2020 show in February. She's currently dating businessman Joseph Jingoli, telling Wendy Williams in 2018 that they were "very much in love," but kept their relationship low-key for the most part because "he's a very private person, and that's just how I like it."

Going into the second half of 2020, she might be about to step into a new chapter as a grandmother. Gigi is reportedly expecting her first child with boyfriend Zayn Malik. If reports are accurate, there will be a new potential supermodel running around the Hadid farm, because let's be real: with her and Malik's genes, this baby is sure to be utterly gorgeous.