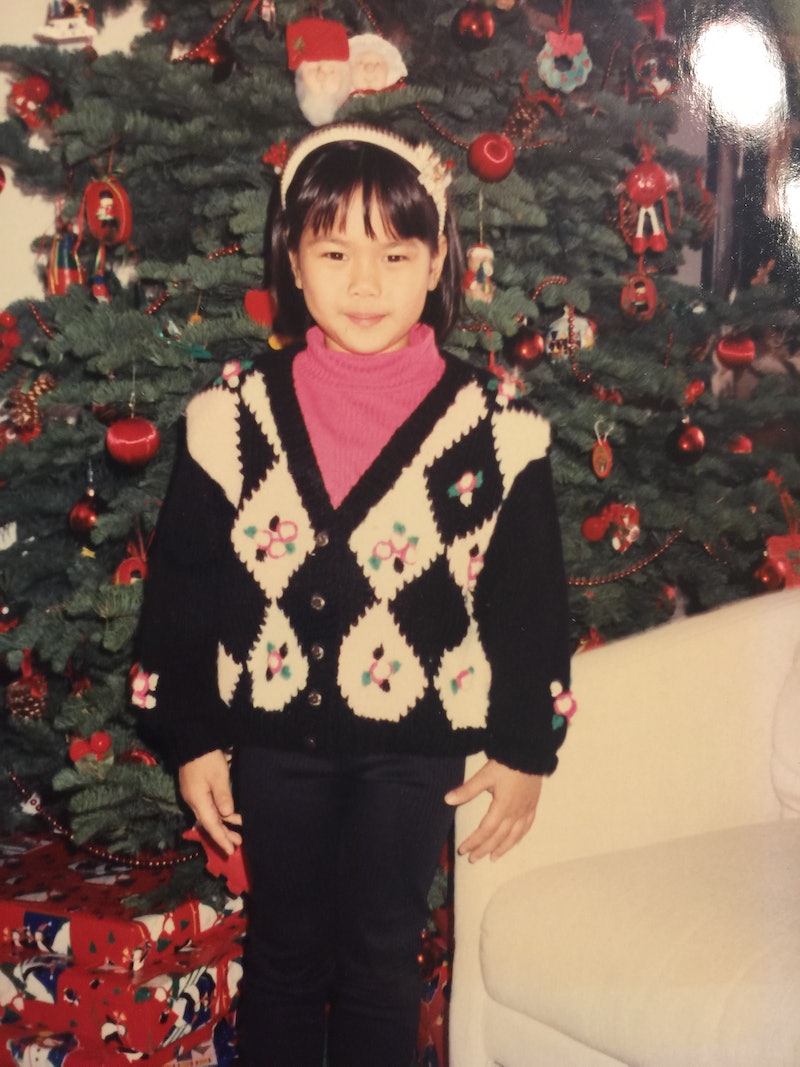 In 1977, my dad boarded a plane from the Philippines to Mexico and immigrated across the Arizona border into the United States. My mom and two sisters would follow a few months later, and after moving around from Los Angeles and New Jersey, they settled down in San Francisco to start their new, American lives. Ten years later, they moved down to San Diego and I was born into the predominately white suburban neighborhood we lived in. Unlike my parents and my sisters, I was a born a United States citizen. I was raised on sugary cereals, Steve Urkel, and sunny, California beaches. And though I was technically as American as my blue-eyed and blonde classmates, I knew that, on some level, we were different.

Take my school lunches, for example. Instead of Lunchables, I begrudgingly carried around a Tupperware of rice and adobo. My extracurricular activities were different, too. I focused on my studies and piano lessons and never played in any after school sports.

And then, of course, there was the glaring fact that I looked different, which is not an easy thing to accept when you're young. I spent the majority of my childhood and teenage years longing to be taller and thinner, with bigger eyes and blonder hair. At the same time, my Filipino mother was constantly brandishing her expectations for my appearance, those influenced by her own upbringing. She berated me for spending too much time in the sun (I got "dark" very easily) and encouraged me to keep my hair short and clean, not long and "dirty" — she meant beachy — like the rest of the American girls. I did what most young teenage girls did when they were told they couldn't do something — I rebelled. I got highlights and grew my hair. I laid out in the sun with my friends. I did anything I could to make the feeling of difference between us seem smaller.

It wasn't until I went to college that I realized my experience wasn't as weird or unique as I thought. I wasn't the only one who grew up in a bicultural household, who had to balance both the ideals of their immigrant parents and the ones valued by the country they were born into. Sure, our ethnic upbringings were not portrayed on the TV shows we grew up watching or seen in the magazines we read, but it didn't make us any less American. Suddenly, I wasn't embarrassed by my differences: I was proud of them.

With the recent news of the travel ban and migrant families being separated at the border, the idea of what it means to be an immigrant — to be different — is very much at the forefront of my mind. These thoughts are only magnified by the arrival of Independence Day. It's easy to feel conflicted, as a first generation American, about what it means to be an American — not just by citizenship or status, but by appearance and in practice.

That's why, in light of this time in American history, we wanted to tell the stories of women who are first and second generation Americans — the women who, like me, looked different from their classmates. The ones whose ideas about beauty and confidence were shaped by their ethnicities, communities, and life in America. The women who now label themselves proudly with their hyphenations: Filipino-American, Korean-American, Jamaican-American, Mexican-American, Lebanese-American, and more. All of the stories in All American, Bustle's new series that features essays from immigrants and children of immigrants about how their backgrounds shaped their views on style and beauty, are different than mine, and yet, all of them feel familiar — and they remind me that despite of how different I used to feel from other people, we all have more in common than you might think.