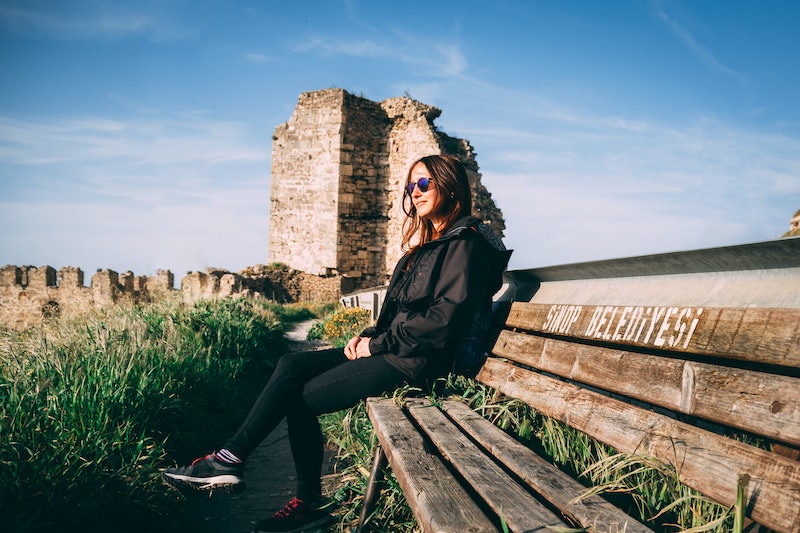 While all zodiac signs might be libel to go a little haywire during Mercury's retrograde Libras are extra sensitive because balance is their everything. When things are out of balance and they can't easily find a way to redistribute the weight, they become deeply stressed. Fundamentally, Mercury's retrograde shakes their core. Bustle spoke with astrologer Kyle Thomas about what Libra zodiac signs should and shouldn't do during Mercury retrograde during summer 2019, because choosing their actions wisely will make all the difference.

"Currently, Mercury is dancing backwards in [Libra's] career sector," Thomas tells Bustle, "so they are revisiting important details they may have overlooked since June." Aka, if you're a Libra, all your energy is likely directing your towards the past, so there will be some tension at work if you try to push forward. "This energy will continue to be in flux until August 15," Thomas explains. "[Libras] may be considering a new path or trajectory in their career but haven't locked down all of the details just yet," which is OK. "By turning within to contemplate plans, [Libras] can better turn their actions outward later on," Thomas tells Bustle, stressing the importance of meditation and reflection during this time. If you're a Libra, here's your should and shouldn't list of actions during this summer's Mercury retrograde:

Shouldn't: Take On A New Job

If you've been looking for a new job for a while and the interview just so happens to fall on a date inside of Mercury's retrograde, that's fine. But Thomas says to avoid seeking new jobs and epic career changes during this time, as you're not in a future-minded space and you might regret jumping ship.

Though you might have a lot of inspiration right now, this isn't the time to execute new plans. Save your ideas in a journal or document and reconsider them after retrograde is over. According to Thomas, a Libra is likely to change their mind about the importance of this project after retrograde, so you don't want to waste your resources.

If you can avoid signing a contract, delay, delay, delay. According to Thomas, any kind of agreement should be avoided during this time — even if it's just a text message. If you absolutely have to make an agreement during this time, make sure you add a clause for flexibility incase your feelings change after retrograde reverses.

Should: Get In Touch With Old Bosses

Taking the time to check in with your old bosses will not only serve as a nice effort, but also a fruitful one. People that you've worked with in the past are going to remember you for your positive qualities during this time, so take a minute to check it, it might end up sparking an opportunity.

Thomas tells Bustle that now is a great time for Libras to look over their work and resurrect projects that have fallen by the wayside. You have a unique perspective to breath into these projects right now, so if they didn't flourish before, they might now.

More like this
These 3 Signs Are The Master Chefs Of The Zodiac
By Kristine Fellizar
These 4 Zodiac Signs Make The Best Bridesmaids
By Nina Kahn
These 3 Zodiac Signs Could Write A Bestselling Novel
By Brittany Beringer
February's Full Snow Moon Will Breeze Right By These 3 Zodiac Signs
By Brittany Beringer
Get Even More From Bustle — Sign Up For The Newsletter
From hair trends to relationship advice, our daily newsletter has everything you need to sound like a person who’s on TikTok, even if you aren’t.