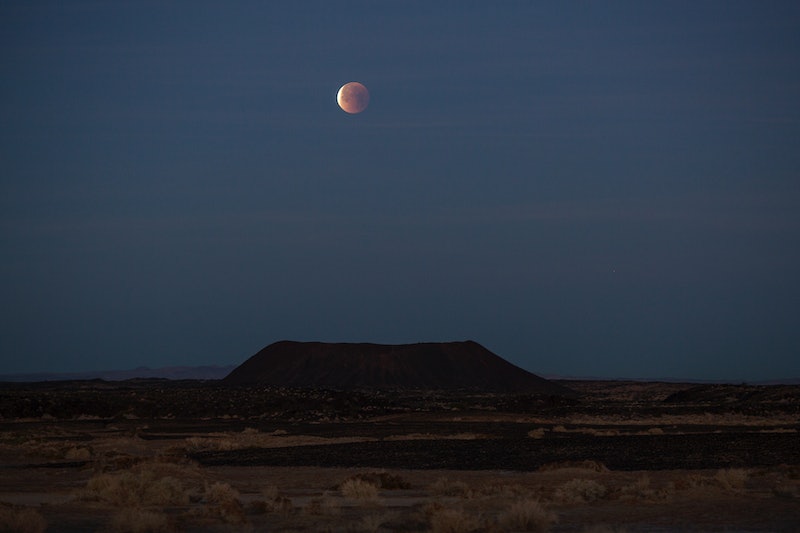 It's unlikely that you've missed the idea of planetary retrograde altogether. Several times of year, it seems the whole world falls apart at the mere mention of Mercury going into retrograde. I'm getting a little sick to my stomach just thinking of it, honestly. But Mercury isn't the only planet that can go into retrograde! Retrograde is an equal opportunity phenomenon in the solar system, and Neptune is about to have its chance. So what does Neptune retrograde mean for your sign? After all, it's starting soon!

Even the astrology-resistant might be interested in the effects of Neptune retrograde, because it's loooong. According to Astrology King, Neptune retrograde begins on Jun. 18 and continues all the way through Nov. 24. We'll be dealing with this until Thanksgiving!

Per AstroStyle, planetary retrograde is a period during which it looks to us on Earth as if any one planet — in this case, Neptune — is spinning backward. While this is a pretty cool illusion, the truth is that the Earth has outpaced that planet in its orbit around the sun. As a result of this series of events, things can begin to feel a little funky... but the funkiness differs depending on what planet we're talking about.

NYC-based astrologer Lisa Stardust spoke to Bustle to share all the details on what to expect with this latest news from Neptune — and good news, there is no reason to freak out.