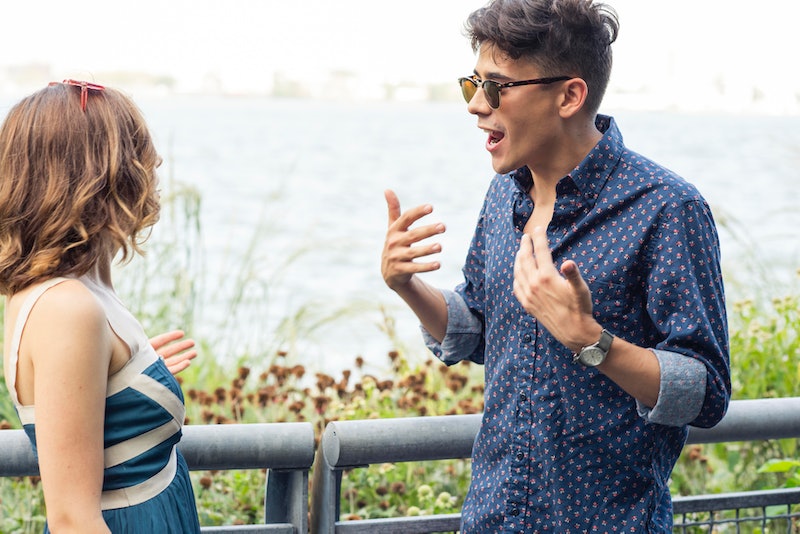 You've likely taken a personality assessment at one time or another, but with so many to choose from, and so many variables that determine your personality type, it can be difficult to know what to believe. Well, it's about to get a whole lot easier because four distinct personality types — average, reserved, self-centered, and role model — are the only ones you need to know, according to a new study from researchers at Northwestern University.

"People have tried to classify personality types since Hippocrates’s time, but previous scientific literature has found that to be nonsense," study co-author William Revelle, professor of psychology at Northwestern University’s Weinberg College of Arts and Sciences, said in a press release.

This doesn't mean that the types you've received from other personality assessments — which often revolve around the Big 5 model of personality — are totally wrong, but it could mean that personality typing is more scientific than previously thought. In the study, published in the journal Nature Human Behaviour, researchers noted that the results could be a game changer for hiring managers and mental health professionals. The study involved 1.5 million participants from around the world who answered a series of questions developed through decades of psychological research. An algorithm was used to plot the data, and four distinct types emerged based on five common traits — neuroticism, extroversion, openness, agreeableness, and conscientiousness, aka the aforementioned Big 5.

For the basis of the research, these traits were used to determine each of the four types.

When determining personality type, the data was plotted along the five characteristics to ascertain whether participants were average, reserved, role models, or self-centered. Average, understandably, is the most common personality type. Luis Amaral, Erastus Otis Haven Professor of Chemical and Biological Engineering at the McCormick School of Engineering and lead researcher on the study, told Michael Price for Science magazine that it's actually a good thing. "It turns out that being middle-of-the-road is actually kind of positive for most things."

Those who received the average personality type were found to be high in neuroticism and extroversion but low in openness. Those who were found to be reserved were described as emotionally stable but not open or neurotic. Reserved types were more introverted as well as agreeable and conscientiousness. Role models scored low in neuroticism but high in all other traits, and their ability to be both dependable and open to new ideas makes them good leaders. Those who were typed as self-centered were highly extroverted but scored below average in openness, agreeableness, and conscientiousness. These are the my-way-or-the-highway people who think rules are for the rest of the world.

What's more, researchers noted that your personality type can change over time, which means a self-centered person could eventually become another type. The data was tested IRL using the largest group of self-centered people researchers could find — teenage boys. (I think it's safe to say that a lot of teenage boys eventually realize they aren't the center of the universe.) "As people mature, their personality types often shift. For instance, older people tend to be less neurotic yet more conscientious and agreeable than those under 20 years old," the study explained.

According to researchers, the study could change the way personality tests are viewed in both science and psychology. "Personality types only existed in self-help literature and did not have a place in scientific journals," Amaral noted in the press release. "Now, we think this will change because of this study."

If you want to take the test, it takes about 20 minutes, but there is some math involved, which immediately gave me seventh-grade anxiety. I'm still waiting for my results, but I suspect I'm high in neuroticism. Want to know your type? Visit Sapa-Project.org to find out for free.