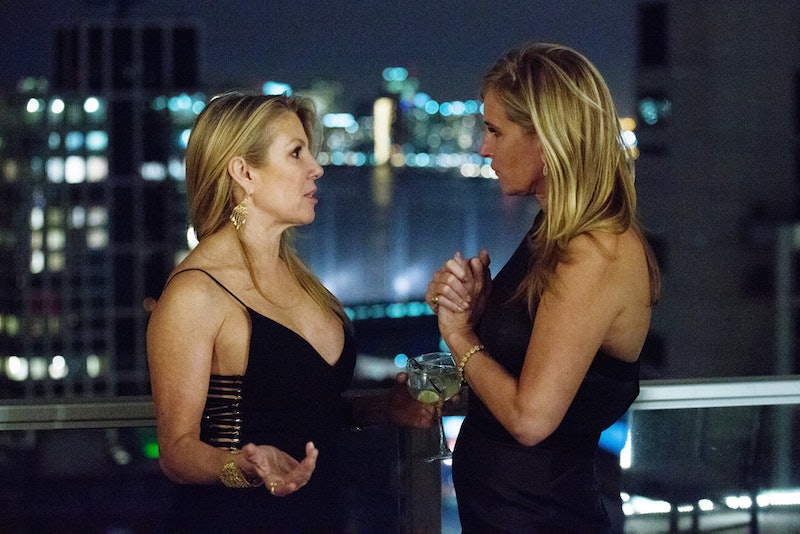 Heidi Gutman/Bravo
By Lindsay Denninger
May 11, 2017

Oh, Ramona. I knew that being a Real Housewives Of New York cast member meant that your self-awareness had to go flying out the window, but girlfriend takes that idea to a whole other level. Ramona seems to be good at playing the “Who, me?” card, and she sure doesn’t like it when people try and throw things back at her. Bethenny and Ramona had a confrontation over Ramona’s offensive Real Housewives Of New York comments, and Ramona still just doesn’t get it.

I’ve watched every season of this show, so I can tell you that when Ramona wants to try and pick a fight, she typically pretends to come from a place of concern. Faux concern, but it’s concern nonetheless. This was the stunt she pulled when she brought up to Bethenny the fact that Bethenny appeared topless in a movie 15 years ago when she was a struggling actress, and was anyone making fun of Bethenny’s daughter, Brynn (who is six, by the way), because of it? Bethenny freaked out at Ramona using Bethenny’s daughter for humiliation leverage, and everyone at the table save for Luann backed Bethenny up. No need to talk about someone’s children, and no need for the concern trolling either.

This conversation led Bethenny to avoid Ramona for the rest of the fall, and who could blame her? At a random drinks event, Ramona and Bethenny finally talked, and Ramona was all, “Why aren’t you speaking to me?” and Bethenny was all, “Because it’s exhausting to and I actually don’t have to do this anymore thanks.” Ramona didn’t take it well, to say the least. She thinks that Bethenny is being weird by being offended, and that’s because Ramona doesn’t get why fake concern trolling involving Bethenny’s kid is wrong. Ramona doesn’t care about Brynn — she just wants the attention and to embarrass Bethenny. Neither is going to happen on Bethenny’s watch, and I hope that Ramona realizes that sometime in the near future. If not, she’s going to be left all alone with her big apartment on the Upper East Side.