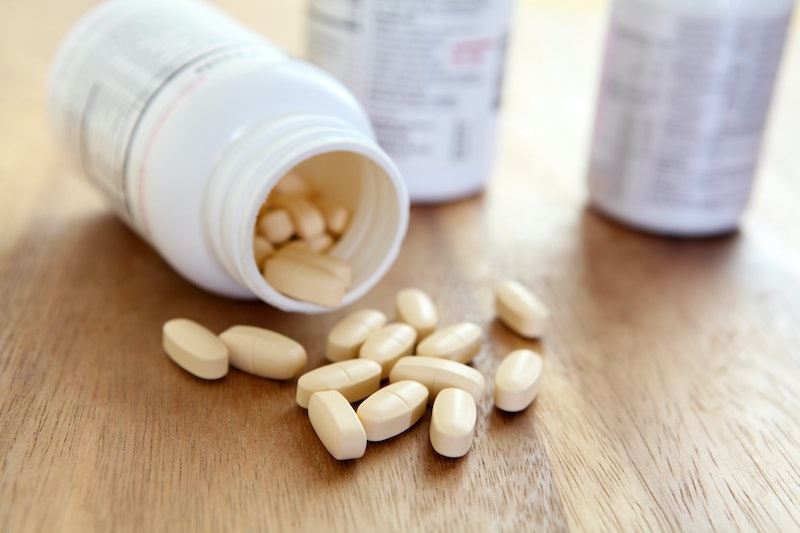 Some of the most talented athletes from all over the world have been tirelessly training — for years — in preparation for the 2018 Winter Games in Pyeongchang. With jam-packed schedules, Olympic athletes spend an impressive — almost incomprehensible — portion of their time rigorously training for the Olympics. Being an Olympic athlete requires so much endurance, so, how the athletes spend their off-time recuperating is just as important as practice itself: Bustle writer Megan Grant reported that a 2016 study revealed training only accounts for a mere 18 percent of actual performance. Just as importantly, Olympians striving for gold need to get eight to ten hours of restful sleep, and they need to fuel their bodies so they have the energy to participate. Of course, meal plans packed with nutrient-dense foods are a staple for Olympic athletes. However, many of them also rely on vitamin and mineral supplements to meet their nutritional needs. So what supplements do Olympians take?

Dr. Mike Israetel, PhD, is a U.S. Olympic Sports Nutrition Consultant and Head Science Consultant/Co-Founder of Renaissance Periodization, a training center for everything from people looking to get in better shape to actual Olympians. He tells Bustle that Olympic athletes often incorporate supplements into their regimens to give them their best shot at winning. "Supplements are not powerful aids to performance, but even a percentage point of improvement in performance can mean the difference between a gold medal and no medal at all when the competition is as closely contested as it is at the Olympics," says Dr. Israetel. Here are six supplements and adaptogens world class athletes use to up their game.